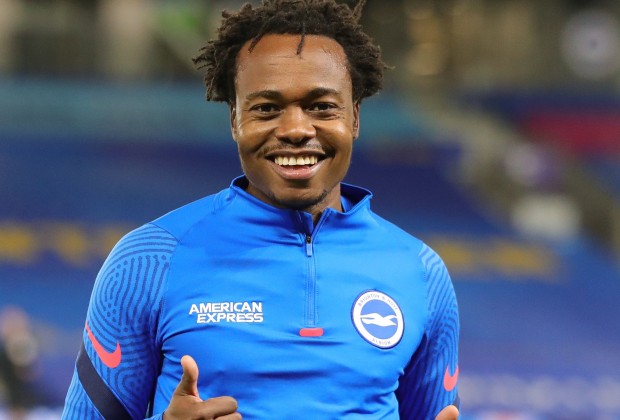 Percy Tau would be the second summer signing of Al Ahly as the Egyptian Premier League outfit reportedly reached an agreement with Brighton & Hove Albion for his transfer.

Tau joined the Seagulls back in 2018 from Mamelodi Sundowns where Pitso Mosimane contributed largely to his rise to prominence with a CAF Champions League title in 2016.

However, the 27-year old winger failed to make himself a household name and then going on loan three times respectively at Union SG, Club Brugge and Anderlecht last season.

With time running out for him as his contract will expire next summer, it has been reported that Brighton are opened to offers for him.

According to Soccer Laduma, Brighton wo set their price tag for Percy Tau at €6m in the past, have now decreased their demands and are opened to receive €4m for their South African star.

Furthermore, reports claims that Al Ahly are preparing a ‘fair offer’ for Tau in order to reunite him with his former coach Mosimane.

Should the deal materialized, Tau will become the second player to have played under Pitso Mosimane at Sundowns and join him at Al Ahly as the Red Devils reached an agreement in principle for the transfer of Simba SC midfielder Luis Miquissone.