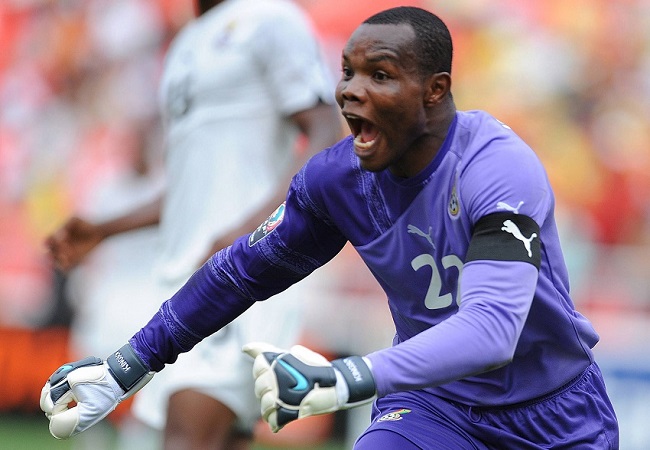 The Ghana Football Association (GFA) has announced the appointment of former Black Stars goalkeeper Richard Kingson as the goalkeeper’s trainer of the seniors mens national team.

According to a statement from the Association on their website, the 43-year old replaces Najawu Issah who has been re-assigned to the Black Stars B.

This will be Kingson’s second stint with the national team as he previously worked under Kwasi Appiah as goalkeepers trainer of the team in May 2017. But he was relieved of his duty two years later.

Kingson who retired from competitive football in 2017 was capped about 90 times for the senior national team spanning two decades.

He represented Ghana in five Africa Cup of Nations tournaments as well as playing in two FIFA World Cup tournaments in 2006 and 2010 respectively. Kingson played for Accra Great Olympics in the Ghana Premier League. And he also had a stint with English sides Birmingham City and Blackpool in the Premier League.