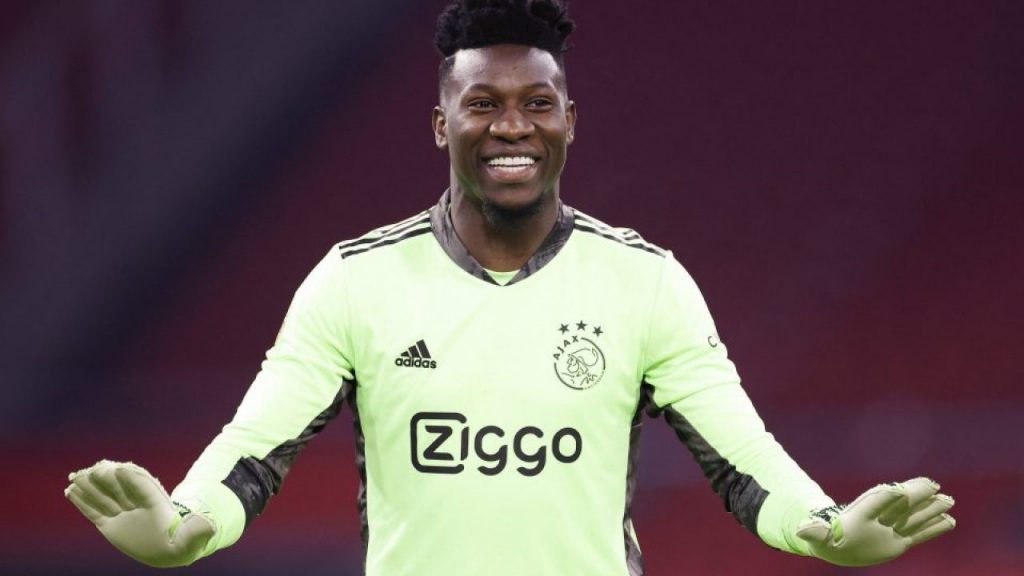 Inter Milan are given a golden chance in their quest to sign Andre Onana as the Cameroon goalkeeper turned down French Ligue 1 side Lyon’s offer.

The French top-flight side have reportedly reached an oral agreement with the 25-year old shot stopper in recent weeks with his representatives agreeing a €6m transfer fee.

However, French outlet L’Equipe revealed on Wednesday that Onana has changed his mind and does not longer want to join the Gones despite bien a priority for his former Ajax Amsterdam coach Peter Bosz.

Moreover, the sourced added that Andre Onana would be intending to sign in a club in the forthcoming winter transfer window before leaving free in summer with a great signing bonus.

This also will serve him as his doping-violation ban by UEFA will come to an end on November 4.

And it is a great opportunity to become the only suitor of the former Barcelona and Cameroon international glovesman as they are also watching carefully his situation. More to follow…