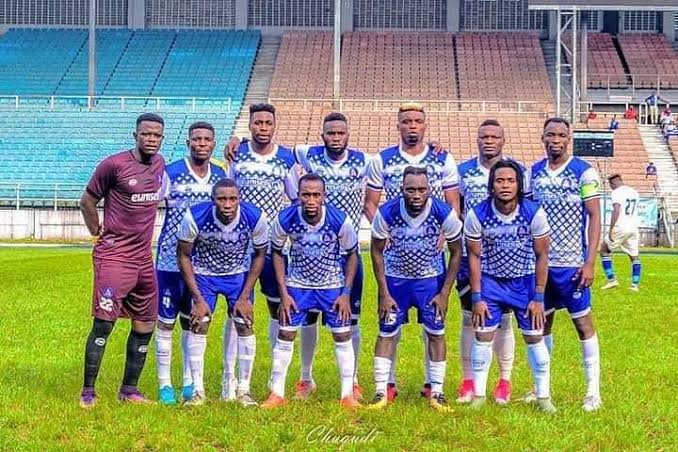 The Nigeria Football Federation NFF Disciplinary Commitee has awarded three points and three goals to Rivers United.
Rivers United had petitioned Jigawa Golden Stars for feeding an ineligible player in their Matchday 35 game of the Nigeria Professional Football League (NPFL).
The NFF had earlier ruled accepted responsibility that their staff did not conveyed the message to Jigawa Golden Stars appropriately.

But in a twist of fate, the NFF Disciplinary Committe after careful investigation overturned their earlier decision by favouring Rivers United.
With the decision, Rivers United who had earlier missed out of continental action later losing to Sunshine Stars by a lone goal in the last game of the 2020/2021 NPFL season now moved to second position ahead of Enyimba.
The point deduction further plunged Jigawa Golden Stars to relegation as the season ended today.