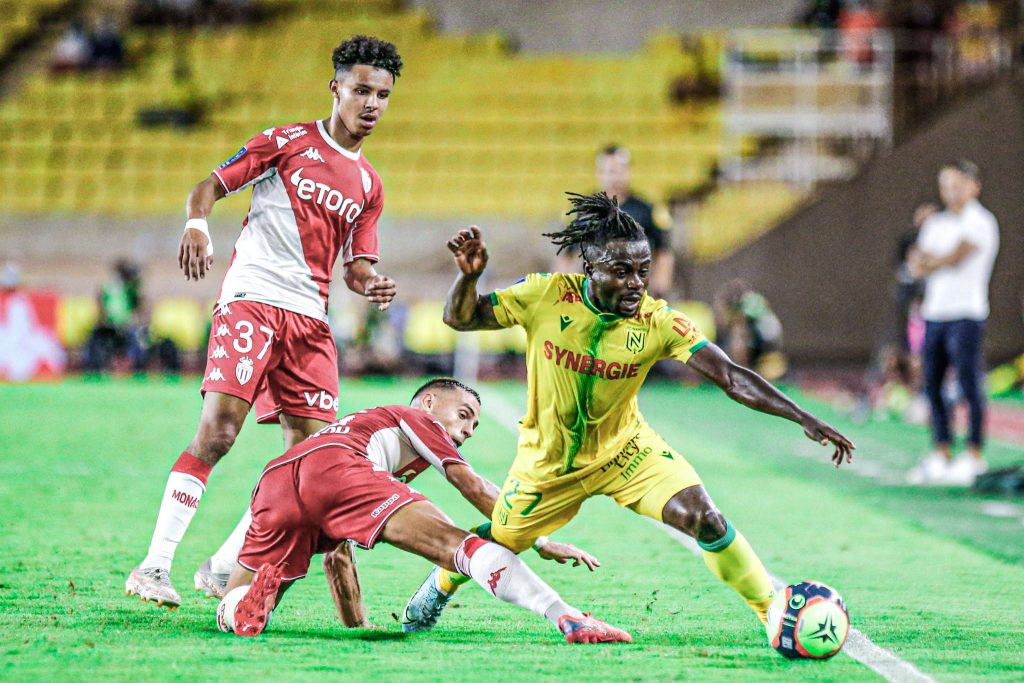 Nigerian winger Simon Moses was in action as Nantes broke their nine-year drought against Monaco as the 2021/2022 Ligue 1 season got underway.
Moses and his teammates travelled to the Stade Louis II and snatched a vital 1-1 draw against Monaco on Friday in the opening game of the season.
The Nigerian International who started for Nantes provided the assist that led to the team to equalized, but could play for 83 minutes before he was substituted off.
It was indeed a feat for Moses and his teammates to ran away with a point against Monaco having last got a point against their hosts in 2012.

Monaco showed flashes of continuing their dominance  against Nantes as Gelson Martins turned home Caio Henrique’s cross at full stretch in the 14th minute and gave the host the deserved lead.

However, Nantes weathered the storm and stayed firm in the face of Monaco pressure and remarkably got themselves on level terms, just before the break.

Completely against the run of play, Castelletto took advantage of non-existent Monaco defending to head his side level from a corner (42′). It was the Cameroonians first goal for Nantes since arriving from Brest in 2020.

The first half goal scored by both side was enough for them to share the points as the new season got underway with a 1-1 draw.