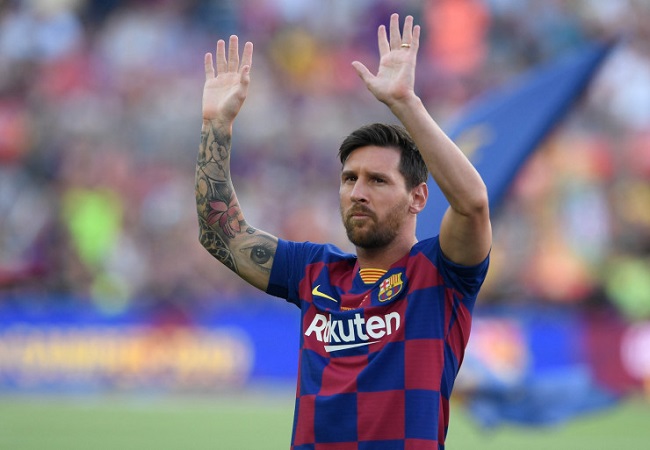 FC Barcelona announced on Thursday that they were unable to keep Argentine super star Lionel Messi at the club. Further to the news, Watford have reacted trolling the Cules with a picture of Super Eagles star Oghenekaro Etebo.

In July, The Hornets signed Etebo on a season-long loan deal with an option to buy from Stoke City. In announcing their new signing, Watford used a picture of Etebo and Messi with the caption: “And for our next signing.”

In the picture, Etebo faced Messi during Nigeria’s clash against Argentina at the 2018 World Cup in Russia.

And following the announcement that Messi would not be signing a new contract at Camp Nou, Watford quoted their Etebo unveiling tweet with another tweet, which read: It was only a joke @FCBarcelona, with a shocked emoji.

Messi’s contract with Barcelona expired at the end of June. But Barca had retained hope that he would sign a new contract.

But in a dramatic turn of events, La Blaugrana announced on Thursday that they would not be able to sign the greatest player in their club’s history due to financial obstacles.

It now remains to be seen where Messi will play next season. But a mover to Paris Saint Germain looks likely.