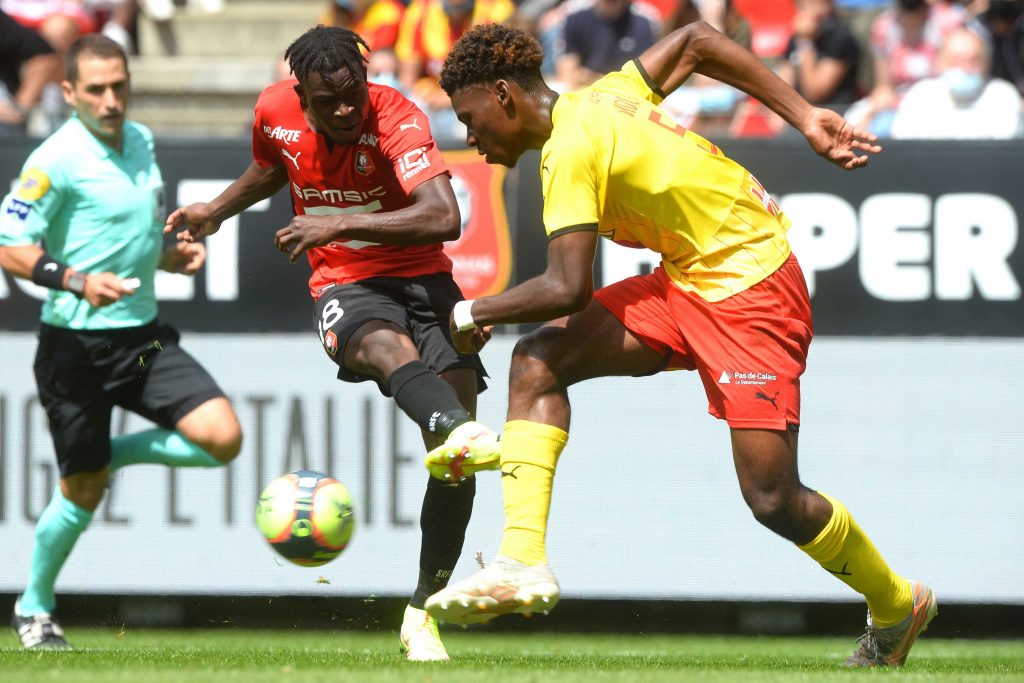 Ghanaian youngster Kamaldeen Sulemana started the new Ligue 1 season in a perfect way with Rennes as he scored just after 14 minutes of play in his side’s 1-1 stalemate against RC Lens.

The 20-year old forward sent a strong message to French top-flight fans with a dreaming debut with the club he signed for in the transfer window.

With Rennes dominating the game early, Sulemana took on his responsibilities to give the lead to Bruno Genesio’s team in the 14th minute.

Unfortunately, they could not prevent the equalizer just five minutes later with Ivory Coast forward Seko Fofana scoring for lens.

Kamaldeen Sulemana and his teammates will face Brest in an away match next Sunday, August 15 at 13:00.

Watch the goal video below :