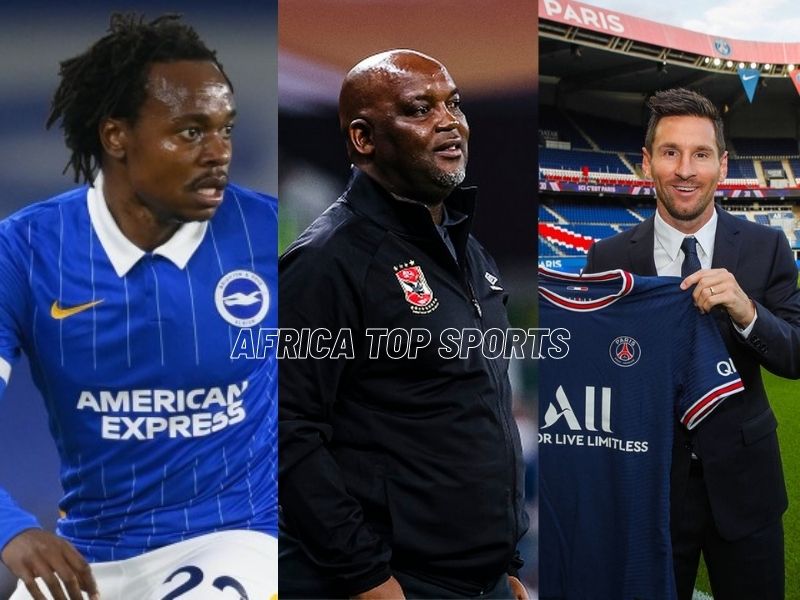 With the hype around Messi’s signing at Paris Saint-Germain, Tau is the one headlining the transfer window in the African football these last days.

The 27-year old is getting closer and closer to Al Ahly with days passing on as Brighton look for a way out for him.

While some reports claim a loan with buy option included in the deal, others evoke the possibility to make the deal permanent for real.

Anyway, Red Devils coach who admitted Tau is a target for his club, compared him to Leo Messi and called on him to join the Cairo giants.

“Percy loves to play football. He will have to decide whether or not he wants to join us, but we also have to consider the financial side,” Pitso said, as per KingFut.

“He’s 28 now and he should show the world what he can do as he doesn’t get playtime where he is now.

“Any coach in Africa would want Tau in his team.

“He should come to play with the team that participates in the FIFA Club World Cup and came face to face with enormous teams like Bayern Munich.

“Tau is like Messi, he has a lot to show. He can do new things every week and if possible, I’d like him to join us from Brighton, if we can afford it of course,” Pitso added.