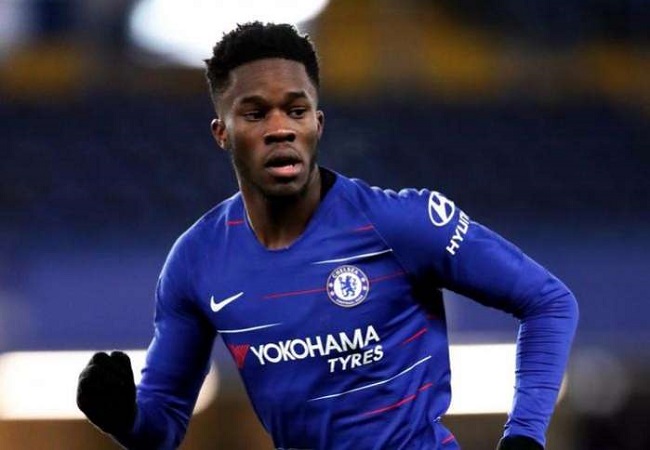 Ike Ugbo’s contract with Chelsea expires at the end of June 2022. But the Blues are looking to cash out on their lethal Academy product as they see him as a surplus to first-team requirements.

The 22-year-old turns 23 on the 21st of September. But he is yet to have a permanent stint at any club- he has spent the last four years on loan stints at England, Netherland and Belgium.

The Belgian Jupiler League side will be looking to secure the services of the tall forward as he has experience playing in the Belgian league, having played for Cercle Brugge last season, scoring 17 goals in 34 appearances.

Ugbo will join Cyriel Dessers and Paul Onuachu if he agrees a deal with Genk, although he could potentially replace the latter.

The 22-year old was born in England. And he has played for the country’s youth setup. However, he’s eligible to play for Nigeria through his parents. And he has already stated his intentions to represent the Super Eagles in next year’s World Cup.