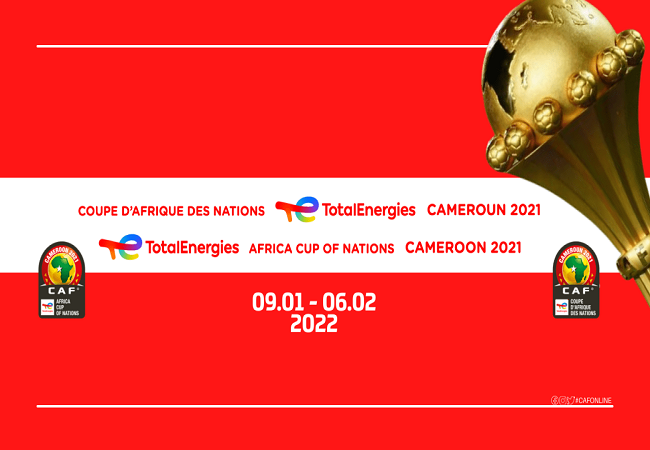 The opening match taking place on Sunday 09 January 2022 at the newly-built Olembe Stadium in Yaoundé will kick off at 17h00 local time (16h00 GMT).

The draw which will take place at the Palais des Congrès Hotel in Yaoundé on the Tuesday, 17 August, 2021 will see the 24 participating teams divided into six groups of four.

The 24 qualified teams are allocated to four pots of six teams each. This is based on the FIFA/Coca Cola World Ranking released on 12th August. The last ranking released before the date of the draw.

The attached is the procedure of the drawing of lots of the TotalEnergies Africa Cup of Nations Cameroon 2022.

Also see is the match calendar of the tournament as attached.