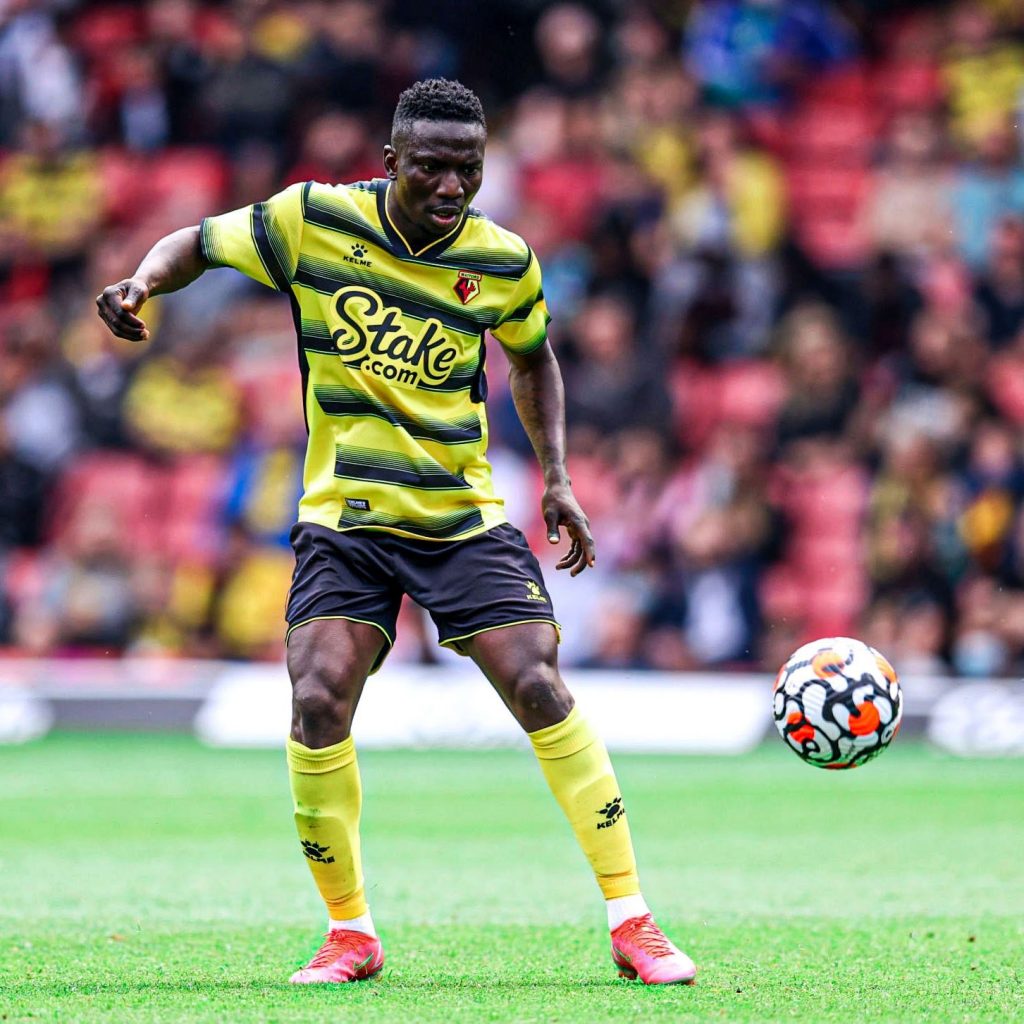 Watford has handed Oghenekaro Etebo jersey No. 4 as the 2021/2022 Premier League gets underway today.

Etebo joined Watford on loan from Stoke City after he spent last season with Galatasaray.

The Hornets announced their squad numbers for the men’s team in a statement on its website.

Etebo will adorn the number 4 jersey while his compatriots William Troost-Ekong will wear the number 5 jersey.

Emmanuel Dennis was handed the jersey number 25 while Isaac Success will wear the the number 22 shirt.

“With the Premier League season just around the corner, Watford FC can confirm squad numbers for the men’s team for the 2021/22 campaign.

“Midfield additions Peter Etebo and Imrân Louza have been handed 4 and 6 respectively, while new forward Joshua King has taken the number 7 shirt.