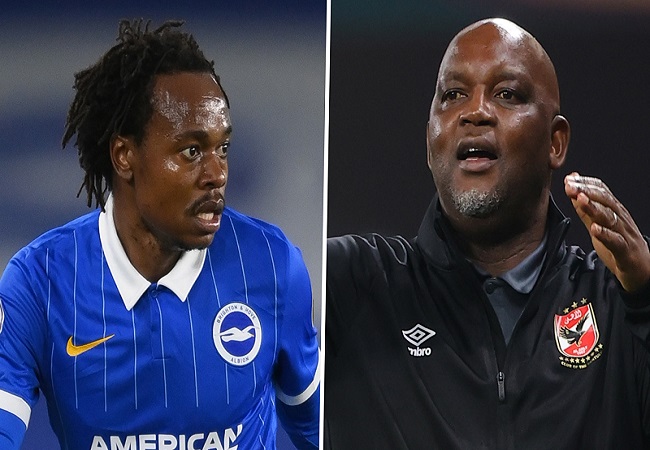 Brighton & Hove Albion have registered Al Ahly’s target Percy Tau into their Premier League squad. This has cast doubt over a potential move to the Egyptian giants.

Tau, 27, has been a target for the Reds for a while now after Pitso Mosimane had previously hinted that he will be bringing a player from South Africa to Al Ahly ranks.

Speculation of the player being Percy Tau grew increasingly louder when reports emerged of Brighton wanting to cash in on the player after he entered the final year of his contract.

With Al Ahly appearing to be his only suitors, Brighton agreed to decrease their demands, which were reported to be at €6 million.

Percy has also missed his team’s final pre-season friendly game due to “personal reasons”. This was speculated to be a sign of him leaving for the CAF Champions League title-holders.

Despite all the signs, Brighton’s head coach Graham Potter has decided to include Percy in the Premier League squad. This confirms that the South African is still a part of the team.

Potter addressed Tau’s situation in the pre-match press conference ahead of Brighton’s Premier League opener vs Burnley at the weekend.

“Percy has been training with us this morning. There has been interest from overseas but nothing new to report.” Potter said.

“He is available for the game on Saturday.” He added.

Percy Tau became one of South Africa’s biggest stars under Al Ahly coach Pitso Mosimane at Mamelodi Sundowns, which earned him a move to the Premier League in 2018.

However, Tau never established himself as a member of the Seagulls squad. And he was subsequently sent on three loan spells in Belgium, where he plied his trade with Union SG, Club Brugge, and Anderlecht.