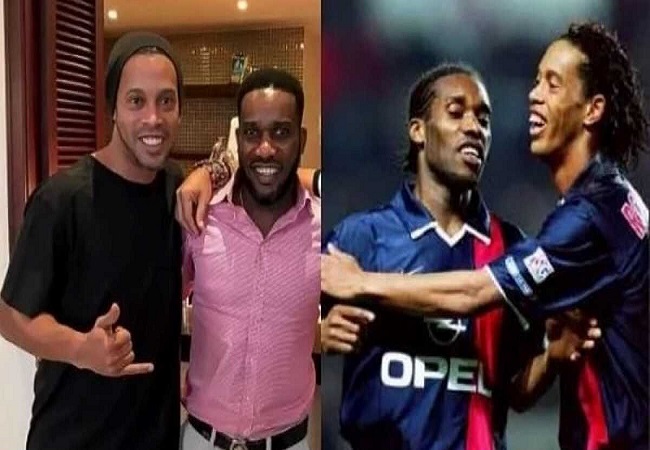 Former Super Eagles captain Austin Jay-Jay Okocha is a year older this Saturday. And FIFA has sent their good wishes to the legendary African player.

The world football governing body took to their social media accounts to praise Okocha as he turns 48 today. They called him Africa’s equivalent of Ronaldinho.

In a post on their Twitter account, FIFA said Happy birthday to Africa’s equivalent of @10Ronaldinho and one of the most electrifying players in football history.

Okocha is one of the best players the game has seen. The ex-Bolton star is arguably the most gifted player Nigeria has ever produced.

The 48-year-old was known for his trickery, dribbling skills, flair and set pieces on the ball. He started his career at Rangers international before his European journey starting from Borussia Neunkirchen in 1990. After two years at Neunkirchen, Okocha landed at Eintracht Frankfurt. It was at Frankfurt Okocha announced himself to the world.

The highlight of his time at the club was the goal he scored against former Germany goalkeeper Oliver Khan. The goal is widely regarded as one of the best in the German Bundesliga.

Liverpool manager Jurgen Klopp said it’s the best goal he has ever seen. After his time with Die Adler, Okocha moved to Fenerbahce in 1996. He spent there two years before joining Paris Saint Germain for a then African record fee in 1998.

Okocha was a fan favourite during his four years at Le Parc des Princes. He left the club in 2002 to sign for Bolton, where he achieved cult hero status.

He saved the Trotters from relegation in his first year at the club, courtesy of a well-taken freekick against West Ham.

The ex-Super Eagles midfielder’s performance in his first season earned him the captain’s armband the following campaign.

Okocha left Bolton after four years at the club. But he was in the twilight of his career by that time. Although he had spells with Qatar SC and  Hull City, he retired from the game in 2008.

At the international level, Okocha was a member of Nigeria’s golden generation that won the nations cup in 1994. He hepled reach the round of 16 of the 1994 World Cup. And he won the gold medal in the football event of Atlanta 1996 Olympics.

He was a fan favourite and admired by his colleagues. Ronaldinho, who played with him during his time at PSG, said he’s one of the two number 10s he ever admired.

Former Liverpool striker Peter Crouch said he could watch him all day while Brazil legend Pele included him in his list of best living players.