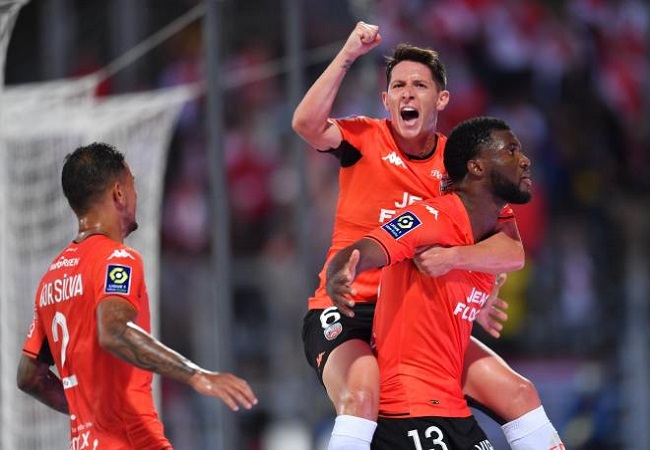 Super Eagles star Terem Moffi got off the mark in Ligue 1 as his goal helped Lorient beat Monaco in their encounter at Stade du Moustoir, Lorient.

Moffi scored 14 goals for Lorient in his first season in the French top-flight last year. The 21-year-old has now continued from where he left off as his penalty helped Les Merlus seal a narrow 1-0 win over Monaco.

The former Kortjik striker put the home side ahead from the spot in the 31st minute. The penalty turned out to be the game’s only goal despite Monaco’s efforts in the second half.

Moffi was on the pitch for 84 minutes before going off Adrian Grbić. His goal sealed Lorient’s first win of the season after playing out a 1-1 draw in their opening game against Saint Etienne last weekend.

Meanwhile, the youngster was not the only Nigerian that helped his club to a win.

In England, Frank Onyeka had a Premier League debut to remember as Brentford stunned Arsenal in their first top-flight game since 1947.

Also, Kelechi Nwakali played a vital role as Huesca started their campaign in the Spanish second division with a 2-0 win over Eibar.