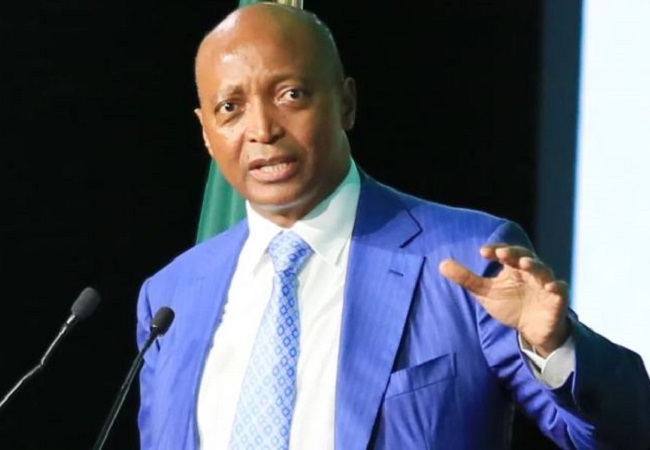 The President of the Confederation of African Football (CAF), Dr. Patrice Motsepe visited Tanzania. During his visit on Friday, Motsepe met Prime Minister HE Kassim Majaliwa in the Tanzanian capital, Dodoma.

CAF President took the opportunity to appeal to the private sector to partner with the organisation in shaping CAF’s future and support development plans.

Dr Motsepe who was together with the Secretary General, Veron Mosengo-Omba and the President of the Tanzania Football Federation (TFF) and CECAFA, Wallace Karia, thanked the Prime Minister for the hospitality. He briefed the Prime Minister on the plans to develop football in Africa.

The CAF President spoke about a need to invest at grassroot level – mainly in schools football and youth development infrastructure.

“We must encourage every football club to have an academy, a youth development centre.” said the CAF President.

The Prime Minister Majaliwa thanked Dr. Motsepe and his team for making the visit to Dodoma. And he pledged support to CAF’s vision. On the same day, CAF President attended the CECAFA Extraordinary General Assembly at the Golden Tulip Hotel in Dar es Salaam where he called for co-operation amongst Member Associations to build a stronger CAF.

“As Africa, we must run our football affairs with dignity. While we might not have the financial muscles, we should get into meaningful partnerships.” Added Dr. Motsepe.