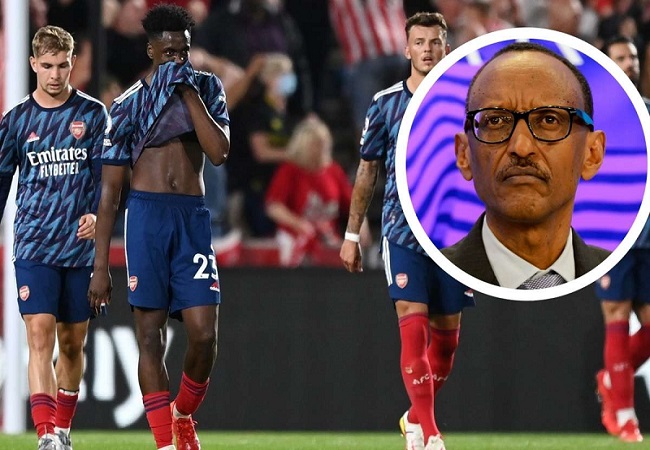 Mikel Arteta’s second full season in charge of the Gunners got off to the worst possible start at newly promoted Brentford as goals from Sergi Canos and Christian Norgaard handed the hosts a 2-0 Premier League win.

Rwanda president Paul Kagame, whose country are sponsors of Arsenal, was quick to express his unhappiness. And called for a plan that can change the club’s fortunes.

Kagame insists that Arsenal must not accept mediocrity. And they need to build a team capable of winning games on a regular basis.

“What?? It’s football, it’s a loss of Arsenal at/to Brentford. Brentford deserved to win and they did.” Kagame wrote on Twitter.

Arsenal were in poor form and struggled to live with an energetic Brentford outfit, recording a result which now puts big pressure on ahead of clashes against Chelsea and Manchester City.

The Gunners failed to qualify for any form of European competition last term and as a result can focus fully on domestic matters this season.