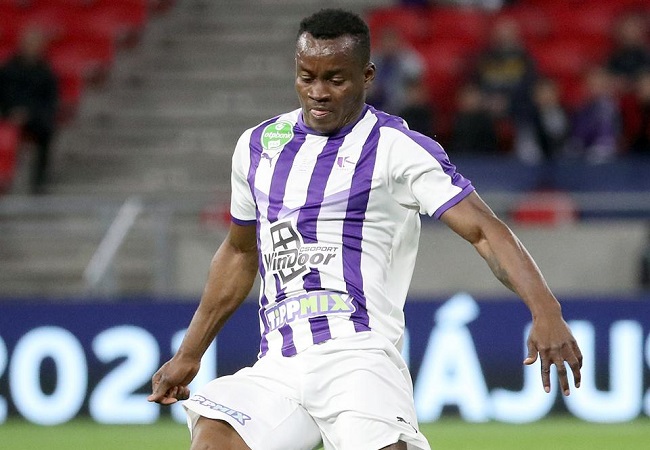 Danish Superliga club Randers are reportedly on the verge of announcing the signing of 2021 Super Eagles invitee Vincent Onovo. Randers have reached an agreement with Hungarian outfit Ujpest over the transfer of the hardworking defensive midfielder.

Onovo has already signed a three-year contract with Randers after passing his medical tests with flying colours.

The 25-year-old is currently in Denmark ahead of his unveiling by Randers.

For the remainder of the 2021-2022 campaign, Onovo has chosen to wear the number 30 jersey at Randers.

Randers have pulled off a transfer coup by signing Onovo. Because he had attracted concrete interest from Goztepe in Turkey as well as other unnamed European clubs.

The Nigerian midfilder, who received late call-up for the Super Eagles friendly against Cameroon in June, links up with Manchester United academy product Tosin Kehinde and ex-Austria youth-teamer Marvin Egho at Randers.