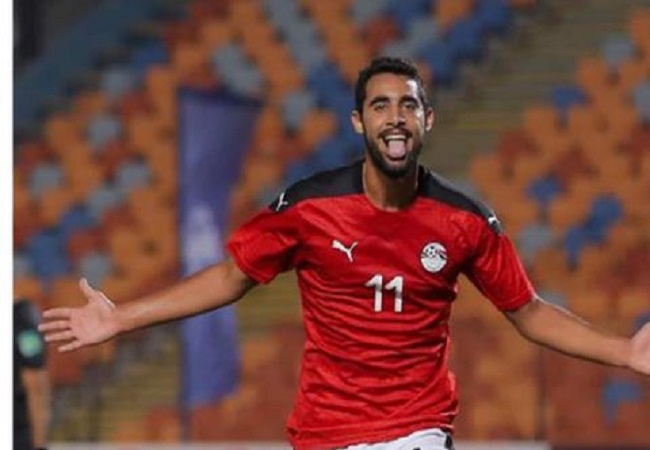 Turkish Super Lig side Altay SK have announced the signing of Egypt U23 and Ceramica Cleopatra striker Ahmed Yasser Rayan.

Altay showed interest in Rayan after his performance in the 2020 Tokyo Olympics, where he scored one goal in Egypt’s only win against Australia.

However, Egyptian football fans knew his goal-scoring abilities far before his appearance in the Olympics. The Al Ahly academy graduate never got the chance to shine with the Red Devils. And was sent subsequently sent on several loan spells.

His first move was to El-Gouna in 2019, where he spent two years and scored 13 goals in his 42 appearances. It was with Ceramica Cleopatra, whom he joined at the start of the current season, that the 23-year-old established himself as one of Egypt’s top striker.

In 25 appearances with Ceramica, Rayan found the back of the net on 15 occasions. And he led the Egyptian Premier League’s goal-scoring charts for a large portion of the season.

He will now get the chance to prove himself in Europe after reportedly signing a one-year loan deal with Altay SK, where he will compete against fellow compatriot and Galatasaray starlet Mostafa Mohamed as well as Karim Hafez of Yeni Malatyaspor.

The two-time Turkish Cup winners are looking to strengthen their squad in order to avoid relegation next season. And they have already done so by acquiring former Galatasaray midfielder Ceyhun Gülselam, Gremio’s Thaciano and El-Gouna and Ivory Coast midfielder Serge Aka, to name a few.