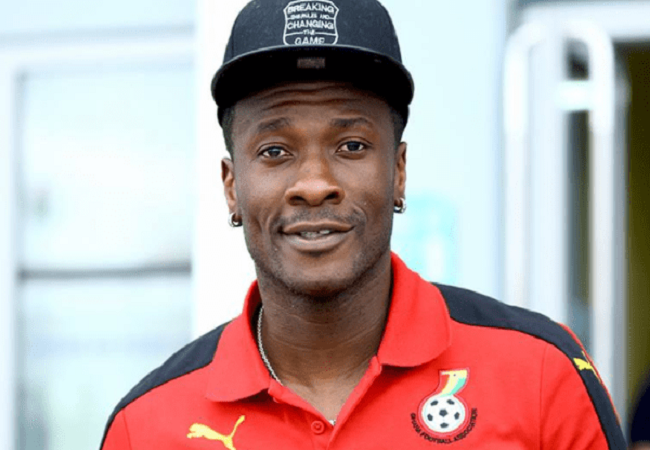 Ghana legend Asamoah Gyan was a special guest at the AFCON draw held in Yaoundé, Cameroon, on Tuesday night. And Ghana’s all time leading scorer has reiterated the Black Stars’ burning desire to win the Africa Cup of Nations, Cameroon 2022.

After the draw, the 35-year-old told CAF’s media that the Black Stars has only one objective. That is to win AFCON 2022.

“Nothing at all than to win the AFCON.” He stated. “Since 2008, we have been in the semi-finals and back home everybody is tired back home. Everybody wants the Cup.” He added.

“It doesn’t matter the performance or anything. We just want the Cup. We’ve got a young team. We will see how it goes. Because other countries are also here to win. So everything will depend on us.” He continued.

Gyan took part in the draw as he pick the teams for their groups in yesterday’s event.

Ghana has been pitted in Group C, alongside with 1976 winners Morocco, Gabon and Comoros. A group the most capped Black Stars player feels it is tricky.

“I think it’s a tricky group. Morocco is up there. I think they conceded just one goal in the qualifiers which statistically is one of the strongest in the group.” Gyan told CAF.

“Ghana is also up there. But everyone who has qualified for the African Cup of Nations is there to win it.”

“Statistically, we’re up there. But we don’t know what’s going to happen. We just have to stay focus and do what we can do to qualify from this group.”

The senior national team will begin their quest for a fifth elusive Nations Cup title with a Group C opener against Morocco on January 10, 2022.