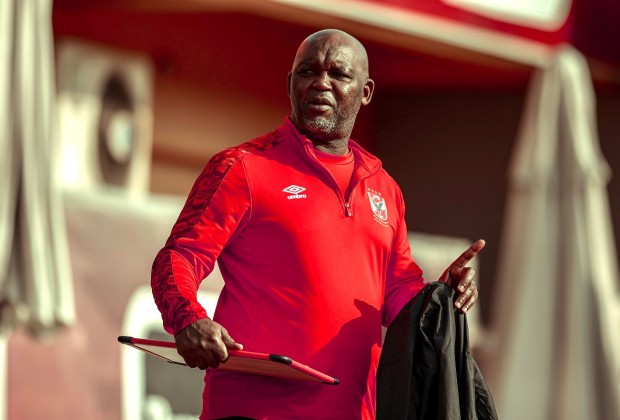 Al Ahly head coach Pitso Mosimane came up on social media on Wednesday night to send a hopeful message to all Red Devils fans in their quest to win the Egyptian Premier League this season.

Al Ahly are in an uncomfortable position in the table while having only three matches left before the end of the league.

Their put their title winning chances into jeopardy following their goalless draw on Tuesday night with El-Gaish.

League leaders Zamalek have four points (73) ahead of Al Ahly (69) and for the CAF Champions League winners to lift the domestic trophy, they need to win all of their remaining three matches and expect by the way that White Knights drop four points.

Read more : Mosimane insists title race is not over

Though it is difficult to think, Pitso Mosimane is confident that his team can do it and share his thought on his Twitter account on Wednesday night.

“We have hit a big turbulence as a team, but we will fight with dignity until to the end. Everything happens for a reason, maybe there are bigger things for us to come”, ‘Jingles’ posted.