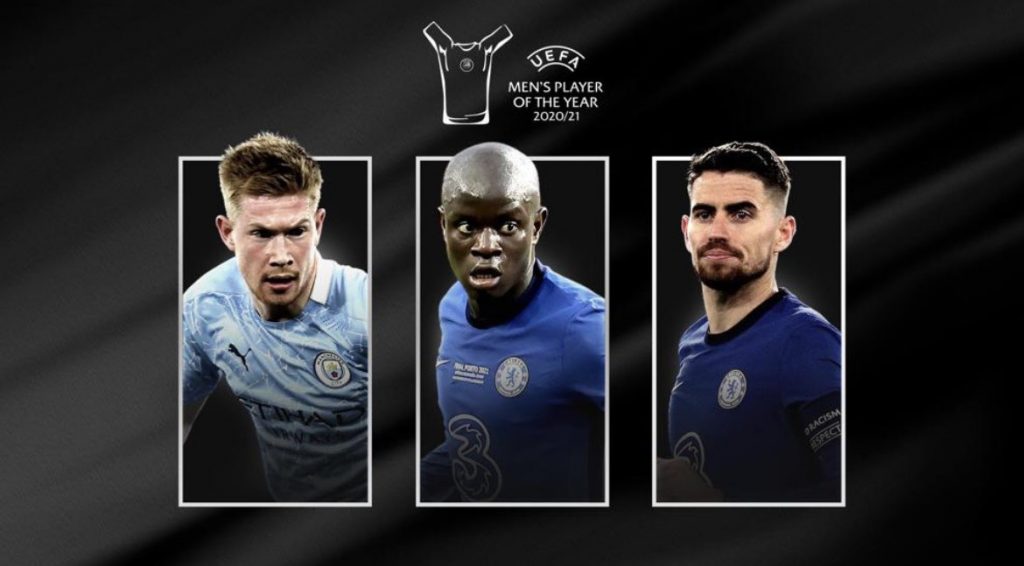 The trio top the list of the ten men short list that was released on Thursday.
Other players are nominated are; Lionel Messi, Robert Lewandowski, Gianluigi Donnarumma, Kylian Mbappé, Raheem Sterling, Cristiano Ronaldo and Erling Haaland.

Twenty four coaches of the teams which participated in this summer’s UEFA EURO 2020.