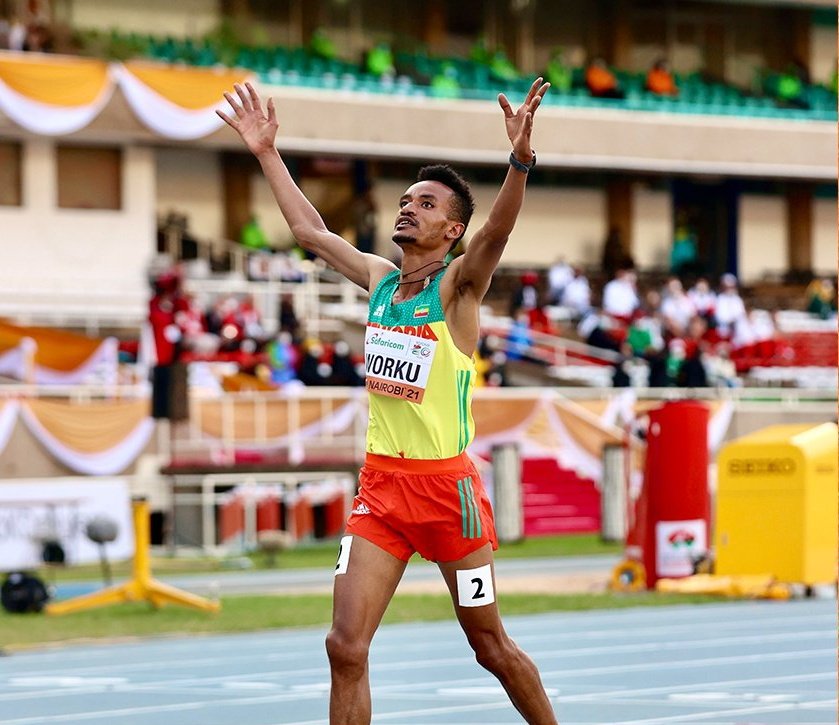 Tadese Worku said he was delighted to follow the footstep of his idols Selemon Barega after he finished first in the 3000m at the ongoing World Athletics U20 Championships Nairobi.

While speaking through an interpreter, Worku said he was happy he got the gold.

“Congratulations to my country.”

“I have been training with Teodros twice a day to get myself into better condition,” said Worku.

“I was training in the centre of Addis Ababa and around Addis, in places like Sululta and others.

“Sometimes when we want to train in the city we train on the track at the academy.

“In the Olympics I saw him, I felt proud, and I followed his footsteps (to win in Nairobi).

“My training partners are legends of the Olympics and World Championships,” he added.

“They are my friends and I have been training with them.”

His hope had been to also compete at the Tokyo Games but he was pleased to see his compatriot, role model and training partner Selemon Barega take the 10,000m title there.