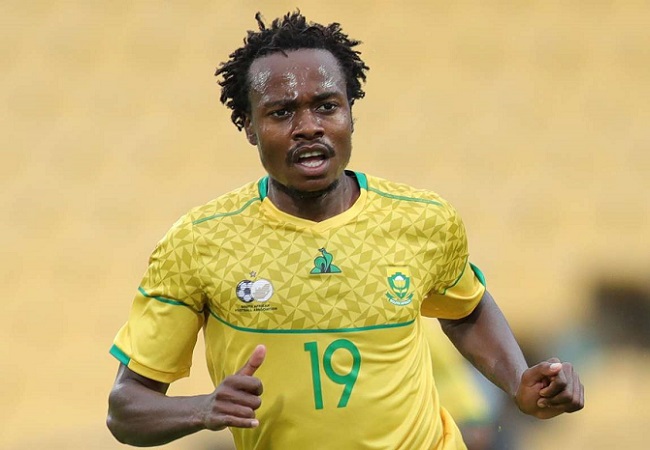 And for Tau, who is struggling for game time at Brighton & Hove Albion, Broos hopes he leaves the Premier League outfit.

Broos said he’d like to see Tau join Al Ahly as reports of the attacker possibly moving to the 10-time CAF Champions League winners continue to make the news.

The 69-year-old Belgian mentor said Tau would benefit from a move to Al Ahly because he would be working with a coach who understands him in Pitso Mosimane.

“Percy Tau… I hope, and I hope he can leave Brighton and that he can go to a [new] club.” Broos told reporters.

“There is talk about Egypt, Pitso who is at Al Ahly; it should be a very good thing for him because there he would have a coach who knows him.” Added Broos.

Tau is reportedly in South Africa to meet with his agent before completing the much-talked about move to Al Ahly.