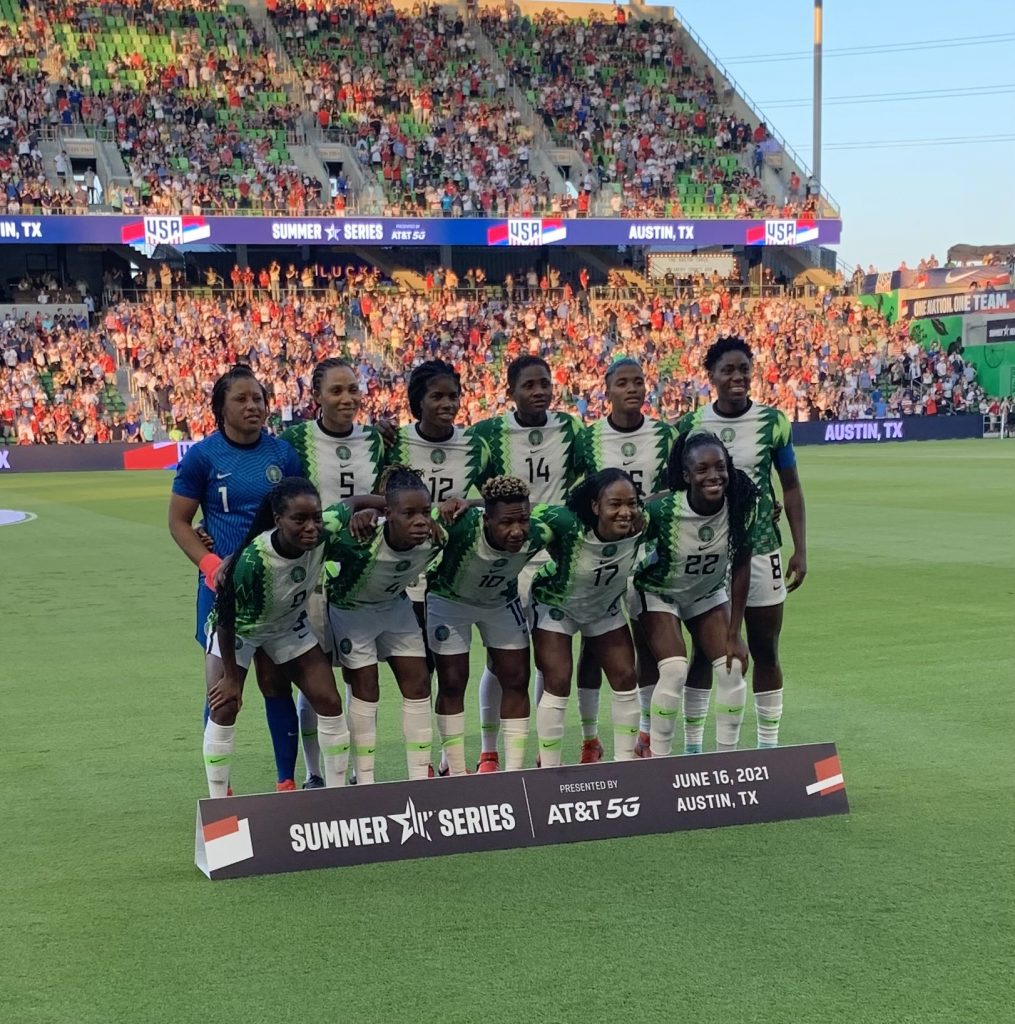 According to the FIFA ranking released on Friday, Nigeria’s senior national women’s football team, the Super Falcons still maintain their position as the best women team in Africa despite being absent from the 2020 Olympic Games.

Zambia, Africa’s representatives in Tokyo are the highest movers on the continent. The team of Barbra Banda moved 10 places to dock in the top 100 in the world.

Between the Falcons and the Indomitable Lionesses of Cameroon in second place is a massive 154.76 points.

The Falcons took part in the Summer Series tournament in June, where they lost to Jamaica and the USA and drew 3-3 with Portugal.

The Americans retained their No.1 status in the world despite their bronze-medal placing in Tokyo. Their conquerors, Canada, who won gold, moved up two places to sixth position while Olympic finalists, Sweden are in second place.

There was 124.20 points separating first from second in the last ranking. But the gap between the U.S. and Sweden is now down to 21.53 points.