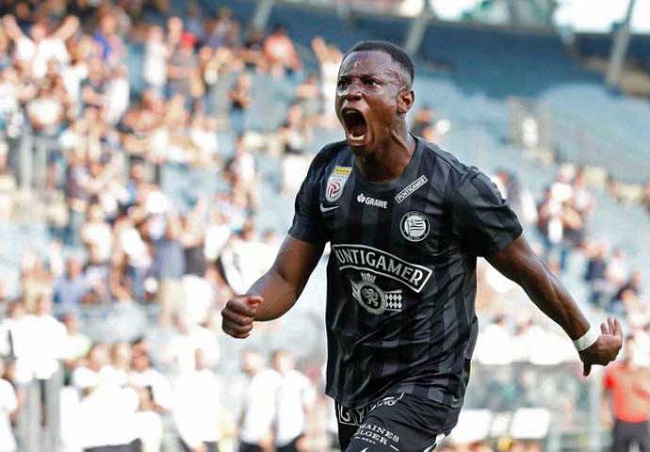 New Black Stars invitee, Kelvin Yeboah, has scored for the second time in a row since he earned his maiden call up to the senior national team of Ghana. The 21-year-old netted for Sturm Graz as they secured a huge first leg advantage in the Europa League play-offs, after beating Mura 3-1 at the Fazanerija City Stadium in Slovenia.

The goal against Mura was his second in a space of four days, showing how prolific he is for his club.

Yeboah is expected to replicate his club form to the national team as Akonnor bolsters his attack for the FIFA World Cup qualifiers.

Meanwhile, in the Europa League play-offs, it was Mura who opened the scoring after three minutes through Ziga Skoflef. Jakob Jantscher leveled for Sturm Graz from the spot fifteen minutes later. And on the hour mark, Oliver Kitieishvili put the visitors in the lead.

Kelvin Yeboah put the icing on the cake with a 63rd minute strike as Sturm Graz return to Austria with a first leg advantage. An aggregate win from the first leg will send them through to the group stages of Europe’s second tier competition.

Kelvin, nephew of the legendary Anthony Yeboah, has now scored 4 goals in five matches for the club this season.

Black Stars debut invitee Kelvin Yeboah, has reportedly marked his Black Stars call-up with a goal for SK Sturm Graz in an away win over LASK Linz.

According to Football Ghana, Yeboah’s goal helped Sturm Graz to a 3-1 win over Linz in the Austrian Bundesliga on Sunday, August 15.

The 21-year old opened the scoring in the 66th minute for Sturm Graz after the first half ended goalless at the Raiffeisen Arena.