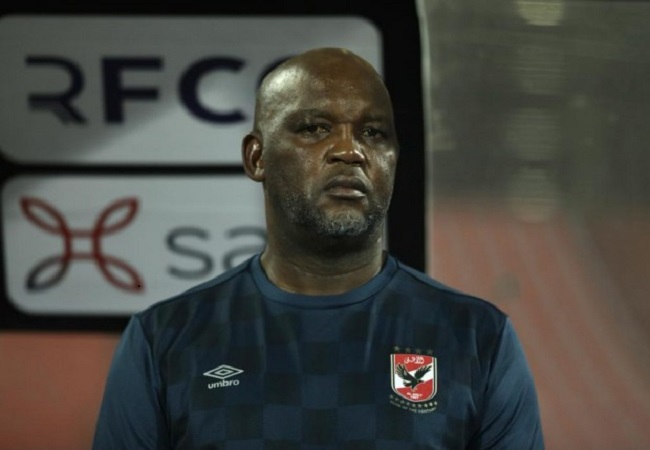 Al Ahly registered 4-2 victory over Al Masry in the Egyptian Premier League on Friday. But Despite this hard-fought victory, Pitso Mosimane’s men are now just one match away from losing their national title.

Al Ahly entered what was their third-last match in the season’s league four points behind bitter rivals Zamalek.

Needing to win every remaining match to stand any chance, the Red Devils did their part in beating Al Masry. But Zamalek also picked up a full-house of three points following their 2-1 win over Ceramica Cleopatra.

That means even if Al Ahly win their remaining two matches, Zamalek only need one victory to clinch bragging rights as the best in Egypt.

Meanwhile, Zamalek have an easier run-in to the end of the season with matches against basement side El Entag El Harby at home. And they finish the season away against 15th-placed National Bank. Zamalek’s remaining matches will also kick off at 19:00 GMT.