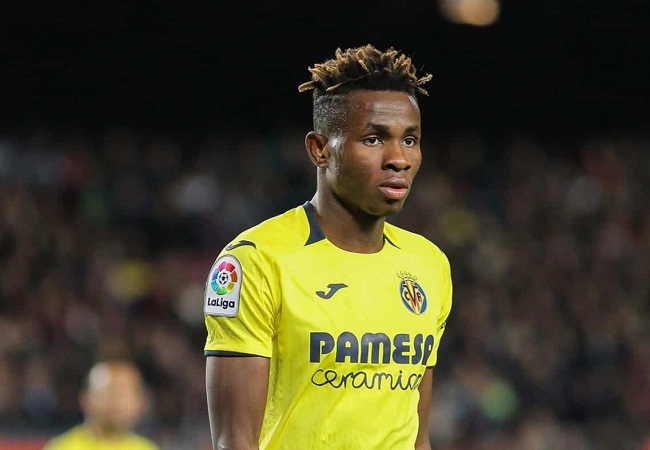 The Nigerian Forward Samuel Chukwueze has not featured for Villarreal since the 6th of May. And the Yellow Submarine Coach Unai Emery issued a statement on the player ahead of their Laliga tie.

Unai Emery has stated that Chukwueze would not be part of the team that travel to the RCDE Stadium for their Laliga clash against Espanyol this Saturday.

“We’re travelling without three key players (Dani Parejo, Samu Chukwueze and Pau Torres), which is going to give opportunities to other players.” Emery said speaking in his pre-match press conference via Villarreal’s website.

“We need to work well, have a positive mentality and ensure that the players are prepared.” He added.

Chukwueze has been out of action due to a recurring injury since their Europa League semi-final fixture against Arsenal.

Without the 22-year-old, Villarreal have struggled to score goals this season. They played a goalless draw against Granada in their first game of the Laliga season. And they also scored one against Chelsea in the UEFA Super Cup Final.

The Nigerian International is known for his pace as fantastic dribbling abilities. Youngster Yeremy Pino has tried to fill the void Chukwueze has left. But Unai Emery still sees the Nigerian as a key part of his squad.

It is left to be seen if the 2019 AFCON bronze medallist will be back in time for their crucial fixture against Atletico Madrid next week.