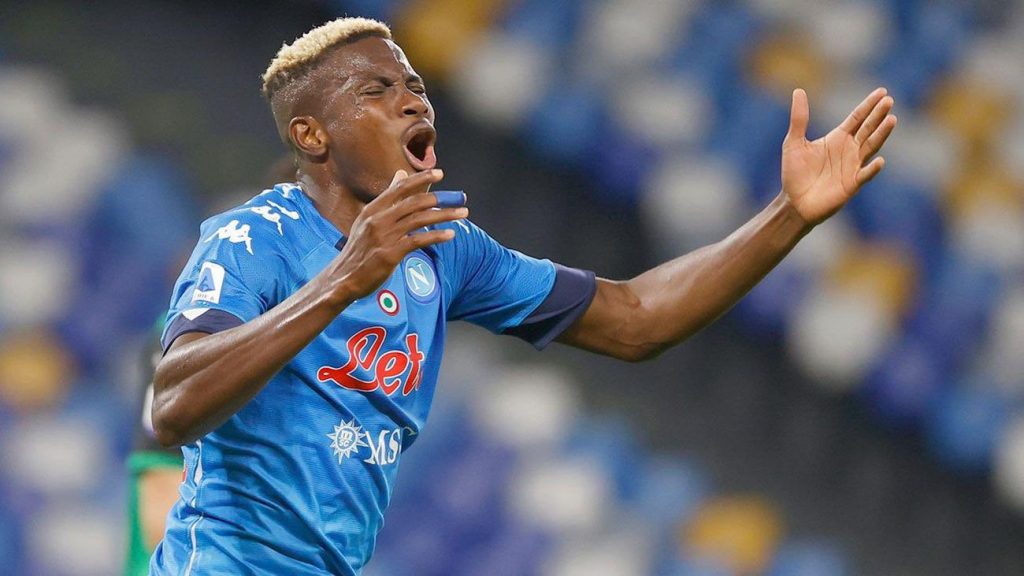 It was not a good start for Victor Osimhen in the opening game of the 2021/2022 Serie A season with Napoli as he was sent off.

Osimhen was hoping to get off the new season helping his team to win against new boys Venezia when he got a straight red card.

The Super Eagles forward was penalized for shoving Venezia defender Daan Heymans in the 23rd minute at the Stadio Diego Armando Maradona.

Osimhen was waiting for a corner kick while he was being marked by Heymans, he wasn’t happy with the marking and when he tried to shove Heymandls away, he did that with his fist landing on his opponent throat.

The referee considered it to be a punch and went straight to his pocket for a red card.

Osimhen could face a longer ban for the incident after investigation by the Italia Serie A.

This will be the second time the forward has been sent off since he joined Napoli.

He got sent off in Napoli’s Europa League game against Real Sociedad last year.