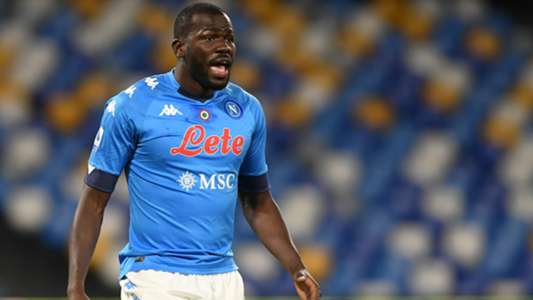 Napoli captain Kalidou Koulibaly said it was an honour to take the captain armband from Lorenzo Insigne.
The Partenopei put up a dogged fight and won 2-0 against newcomers Venezia at the Diego Armando Maradona Stadium in the Serie A opening game.
The hosts were reduced to 10-men just 23 minutes of play as Victor Osimhen was shown a straight red card.

Read Also: Osimhen Sent Off In Season Opener Against Venezia

Goals from Lorenzo Insigne and Eljif Elmas in the second half ensured Napoli gets the new season underway with a win.
Insigne came off for Petagna in the 85th minute and handed the captain armband to Koulibaly.
Speaking after the game, the Senegalese defender said it was a painful important victory.

“It was a painful and important victory” . Kalidou Koulibaly analyzes the match against Venice.

” It was not easy to be able to impose in numerical inferiority.

“At one point it seemed very hard to be able to find the way to the goal.

“Then in the second half the coach gave us the right indications.”

“Insigne was very important and gave us the right push to win.

“I am honored to have taken the captain’s armband from him.

“Today was the victory of the group.”

Napoli next Serie A game will be a trip to Genoa and they will be without Victor Osimhen.