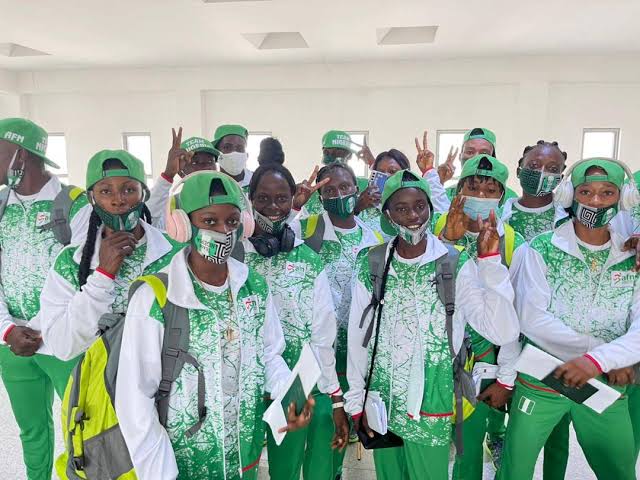 The President of the Athletics Federation of Nigeria (AFN), Chief Tonobok Okowa, has congratulated Team Nigeria on its sterling performance at the World Junior Athletics Championship concluded Sunday in Nairobi, Kenya.
He described the touring as just the beginning of greater things to come for Team Nigeria.
Chief Okowa in a statement, heaped encomiums on the athletes whom he described as the future golden generation for demonstrating the true character and never say die spirit Nigeria is renowned.

But he assured that the athletes would be kept together while early preparations for meets and the Commonwealth Games in the United Kingdom next year had been ingrained in the federation’s calendar.
Team Nigeria won a total seven medals comprising four gold and three bronze, the highest achievement by the country since its participation to finish third overall.
A total of 958 athletes from 116 countries took part in the four-day showpiece in 45 events where new records were set by the future champions in track and field.
The AFN boss, however, re-affiremed the commitment of the new body which came on board in June after it was duly elected to revive athletics that was adjudged comatose before now but pleaded for time and prayers from sports loving Nigeria to achieve the AFN’s objectives.
He also commended President Muhammadu Buhari and the Youth and Sports Development Minister, Chief Sunday Dare for their unflinching support remarking it was the elixir that spurred Team Nigeria to podium finish.