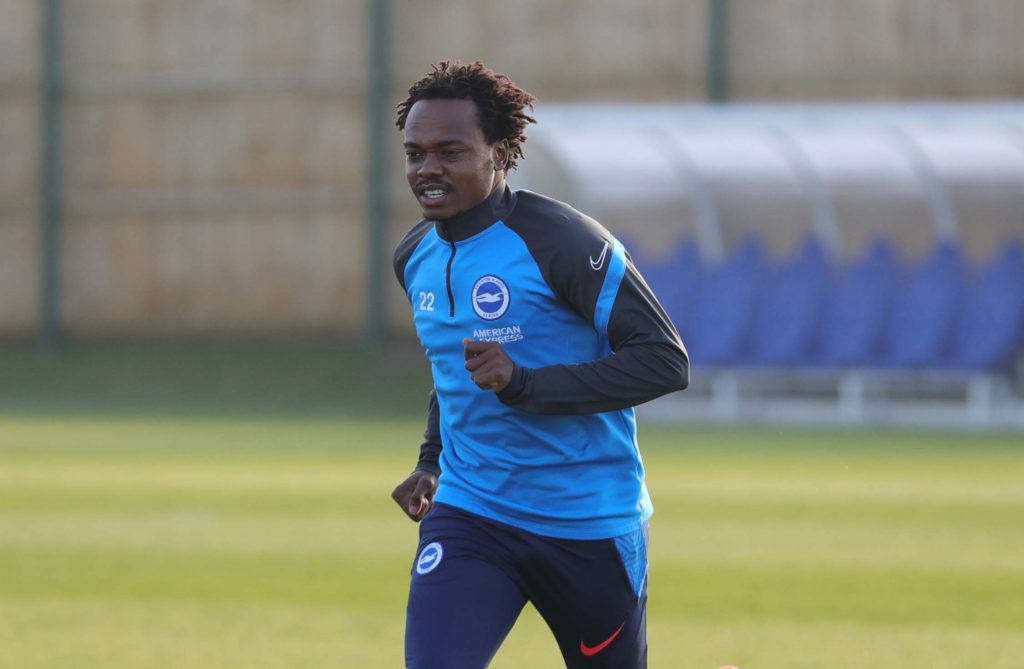 During his press conference as he named final Bafana Bafana squad for 2022 World Cup qualifiers, the Belgian manager was invited to comment on Tau’s future as the latter is lacking playing time in England.

And the 2017 AFCON winner with Cameroon dropped a huge hint as he confirmed to have heard that Percy Tau will seal a move to Al Ahly in the coming days.

“He is an important player for Bafana Bafana. If Percy does not play in the next months, I have a problem”, Broos said as per KickOff.

“But I heard some good news, I think he will not stay at Brighton and he will go to the Egyptian team with the South African coach, Pitso, Al Ahly.

“I think in the next days it will be done and then he will have a chance to play, so there will be less of a problem for the future”, Broos added.