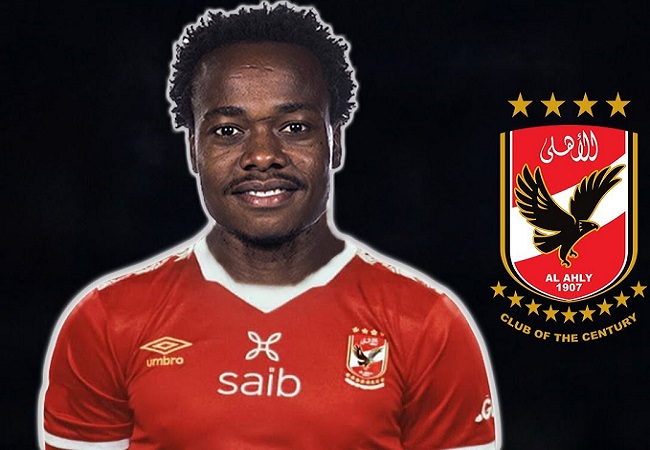 Percy Tau’s potential move to the Egyptian giants Al Ahly has been making headlines for a number of weeks. The South African Striker was finally spotted in Al Ahly colours in Egypt on Wednesday, 25 August. Percy Tau has finally arrived in Egypt ahead of his blockbuster transfer to Pitso Mosimane’s Al Ahly.

Al Ahly had to tap deep into their pockets to land Pitso Mosimane’s primary target. However just how much did the former Brighton and Hove Albion man cost the Red Devils?

According to reports from Egypt, Al Ahly had to fork out approximately R32 million (about €1.9 million) to sign Percy Tau from English Premier League side.

The Bafana Bafana star still had one year left on his Brighton contract. Meaning that the Egyptian giants had to purchase him from the Seagulls.

Reports from Egypt further suggest that Percy Tau will be earning almost R18 million (about €1 million) per year at Pitso Mosimane’s side.

“I would like for Percy Tau to come here. Any coach would want him to come to Africa.” Mosimane said during an Instagram Live conversation with rapper Cassper Nyovest.

“Let him come to play in the Club World Cup against Bayern Munich and dribble Bayern. Percy is a showman. His like Lionel Messi. He’s got so much to show you every day and week at training. And he’s got something that he can show you. Let’s give him a chance to show what he can do.

“So yes‚ I would like to sign Percy Tau if Brighton agrees to sell him. But first we must be able to pay him. And if we can pay him‚ he must come and show that he is the king of the jungle.”

Al Ahly are expected to officially announce the arrival of Percy Tau during the course of the week. Tau will be instrumental for Al Ahly in the upcoming CAF Champions League campaign while he’ll also be expected to return the Egyptian Premier League title to the Red Devils.