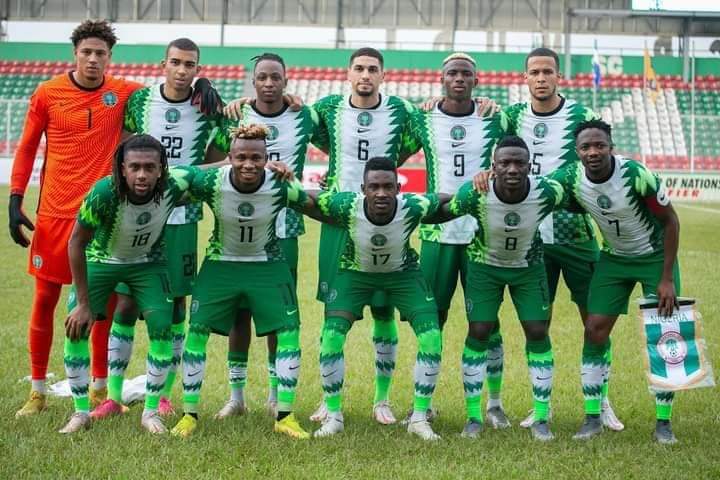 Super Eagles’ Technical Adviser, Gernot Rohr has called up a total of 30 players for next month’s opening rounds of the FIFA World Cup Qatar 2022 qualifying campaign.
Nigeria will host Liberia in Lagos on Friday, 3rd September on Matchday 1 before travelling to Cape Verde in Mindelo on Tuesday, 7th September.
Rohr has stuck largely with his dependables as the race to Qatar begins, with goalkeepers Maduka Okoye and Francis Uzoho, defenders William Ekong, Abdullahi Shehu, Chidozie Awaziem and Leon Balogun, midfielders Wilfred Ndidi and Oghenekaro Etebo, and forwards Ahmed Musa, Alex Iwobi, Moses Simon and Victor Osimhen on the roster.

The situation with UK-based players, who may not be heading to Cape Verde (which is on the red list of the British Government with regards to the global coronavirus pandemic) has enlarged the roster, and should the situation remain unchanged, the eight UK-based players on the list would head back to base after the clash with Liberia at the Teslim Balogun Stadium in Lagos on Friday.
There is a return for South Africa-based goalkeeper Daniel Akpeyi, defenders Kenneth Omeruo and Kevin Akpoguma and Greece-based forward Henry Onyekuru.
Former junior international Kingsley Michael is also called, as Innocent Bonke from Sweden joins the Nigerian camp for the first time.