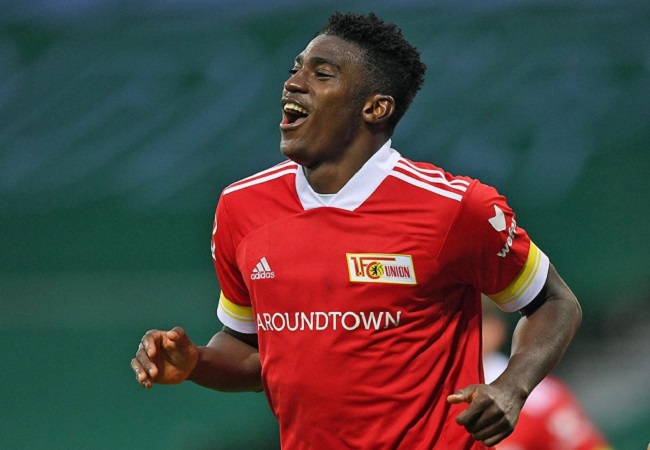 The Nigerian has been involved in five of the eight goals that Union Berlin have scored this season. But he was denied in the game of Thursday.

Also Read : “FOR ME, AWONIYI IS THE MOST SUCCESSFUL TRANSFER” – CHRISTIAN BEECK PRAISED

Die Eisernen brought a four-goal lead from the first leg after they crushed KuPS in Finland, with Awoniyi scoring twice on that day.

Overturning the goal deficit was going to be a difficult one for KuPS. Still, Union Berlin coach Urs Fischer fielded a strong side for the game.

The German side controlled the game, having the lion share of possession. But they could not find the back of the net.

They had eight shots on target, a sharp contrast to KuPS’ three. However, Johannes Kreidl was brilliant in goal as he denied the home side every time he was called to duty.

Awoniyi was taken off in the 59th minute. And Voglsammer took over. But by that time, he had done enough to seal Union’s place in the group stages of the Conference League.