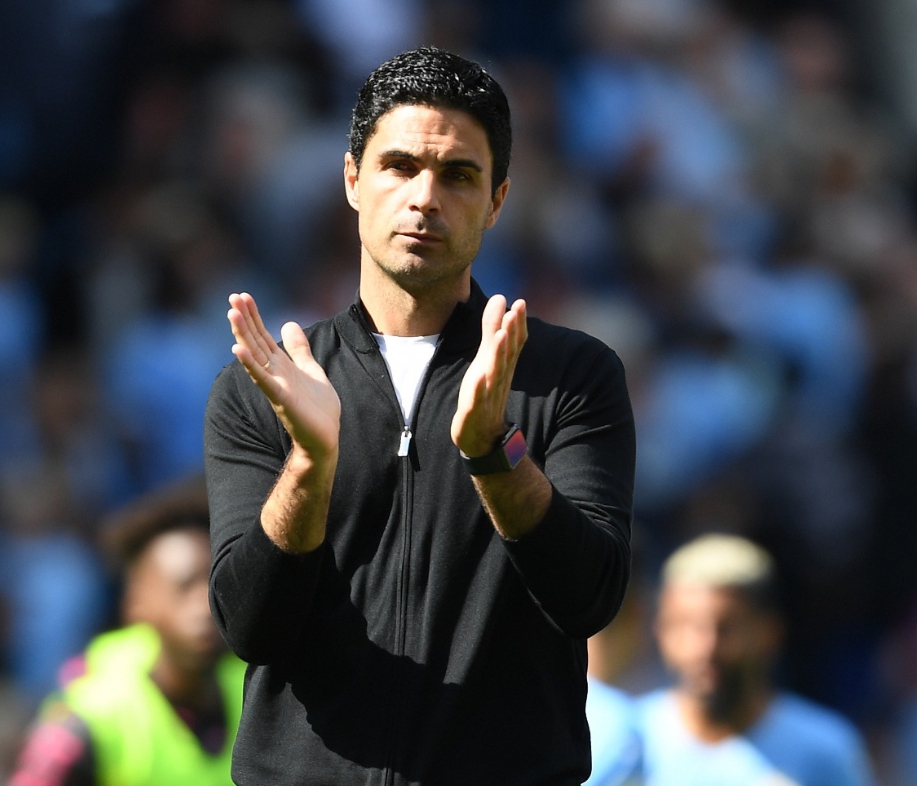 Arsenal manager Mikel Arteta decided to focus on the 3,000 supporters that traveled with the team to the Etihad Stadium.

The Gunners continued their poor performance in the Premier League after they suffered 5-0 loss to Manchester City.

Arsenal have now played three Premier League games without scoring and have so far conceded nine goal in three games.

Arteta who is now under fire while speaking with the club median after the game thanked the fans while also highlighting their performance.

He said,”I have to say thank you to the 3,000 fans that came here today because on a difficult day like this to give the support that they have, and I’m not just talking about to the players, I think it’s to the club, it’s outstanding and I think the players went there [at the end] because they really felt the same as I do,”

“I think we started the game really well and the first time that they came into our box we defended really poorly with the cross and the header and we are 1-0 down.

“In a few minutes we concede the second one and I think it’s a clear foul on Calum, he punches him in the face and the goal is allowed and then after 35 minutes at 2-0, you have to play with 10 men for 60 minutes.

“When you are 3-0 down and with 10 men against this kind of opposition having the extra player, you’re going to find it so difficult to keep the ball at any moment because they’re going to go man to man, and mentally as well after two difficult starts in the season.

“Coming here and starting and competing well and then going down to 10 men is mentally really demanding.

“So we have to manage the game as best as we could.

“We conceded another two goals and I’m really disappointed.”