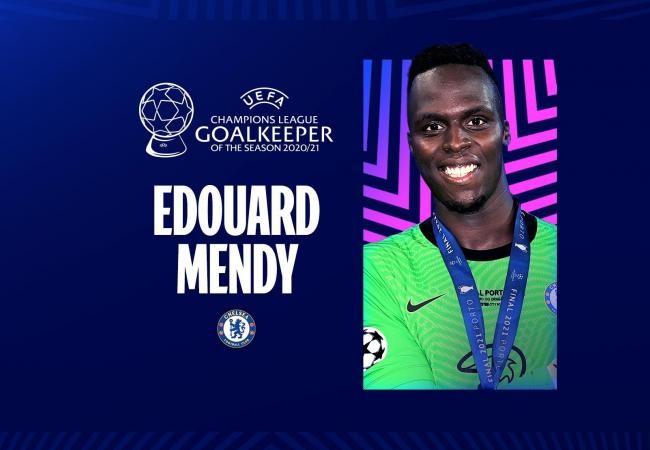 Senegal international Edouard Mendy won the Goalkeeper of the Season for the 2020/21 UEFA Champions League on Thursday. Mendy won the award over Thibaut Courtois of Belgium and Real Madrid, and Ederson of Brazil, and Manchester City.

Mendy became the first African goalkeeper to play in a Champions League final since Bruce Grobbelaar started in goal for Liverpool in both the 1984 and 1985 final.

Furthermore, the 29-year-old’s tally of nine clean sheets was the most by any shot-stopper in their debut campaign in the competition. In total, he conceded just three goals in 12 Champions League appearances last season. And he finished the campaign with a 91.2% save percentage.

Mendy only joined Chelsea in September  last year. But he quickly established himself as an important member of Thomas Tuchel’s team.