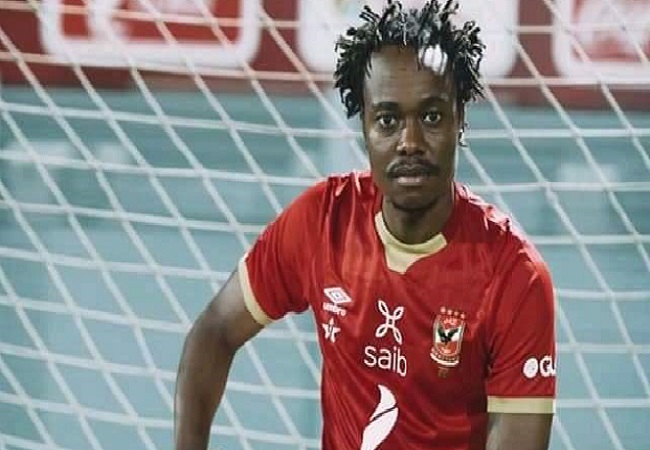 Bafana Bafana star Percy Tau has reacted for the first time since his move to Egyptian giants Al Ahly.  The former Brighton & Hove Albion striker chose social media to express his feelings further to this transfer.

The 27-year-old made headlines when he put pen to paper on a move from English Premier League side Brighton & Hove Albion to Al Ahly in Egypt this week.

The move reunites Percy Tau with his former Mamelodi Sundowns coach Pitso Mosimane who now runs the show in Cairo.

Tau has become just the second ever South African footballer to play for Al Ahly (after Phakamani Mahlambi). And he is the third South African to play in Egypt (after Gift Links).

Tau was quick to thank his former employers, Brighton. And he also posted a tweet wearing his new Al Ahly team colours.

At Brighton, Percy Tau made just six total appearances while featuring against the likes of Manchester City and Leicester City.

On the international stage, Tau has 30 Bafana Bafana caps to his name in which he scored 13 goals. And he was part of the South Africa squad which knocked Egypt out of the 2019 AFCON.