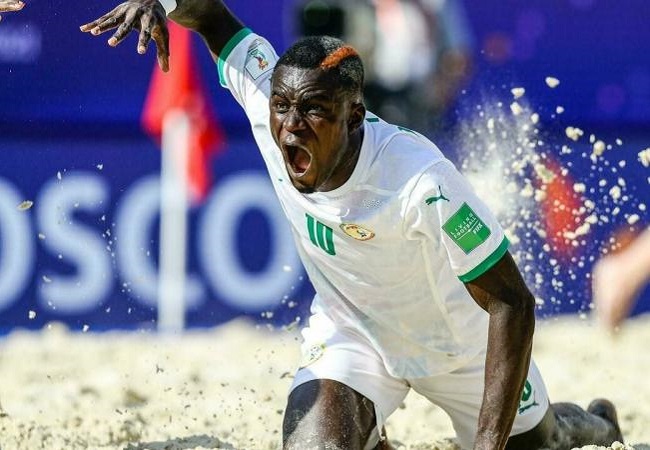 After beating Uruguay (6-1), Portugal (5-2) and despite a defeat in their third game against Oman (2-3) in the group stage, the Lions – more determined than ever – have launched to attack in the quarterfinals the five-time world champion, Brazil.

A victory which makes Senegal the first African nation to reach this stage of the competition.

Winner of the Beach Soccer Africa Cup of Nations in 2016, 2018 and 2021, the country of Teranga confirms a progression that has started several years ago.

To go even further, Senegal will have to get rid of Japan this Saturday in the second semi-final of Russia 2021. The first will oppose the RFU (Russian Football Union) to Switzerland.

After the elimination of Mozambique, Senegal remain the sole African representative in the competition. And they intend to play their cards until the end.