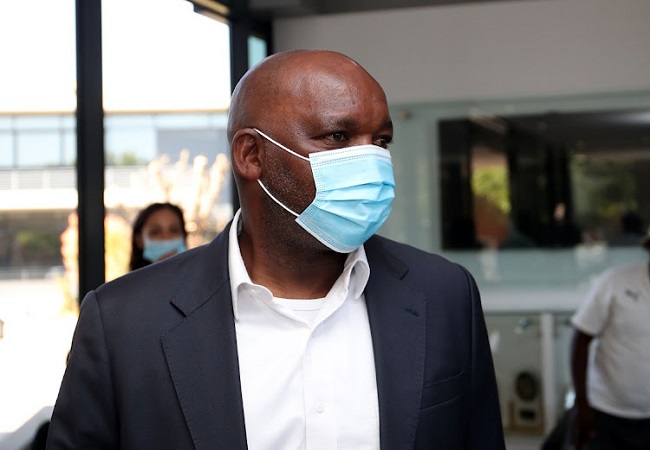 Al Ahly coach Pitso Mosimane is back in South Africa. But it is temporarily following the conclusion of the Egyptian Premier League season.

The last time Mosimane was in the country was when his team, Al Ahly, was in action with Mamelodi Sundowns in the CAF Champions League.

And Mosimane had it tough at the time given the treatment and reception he was given by a section of Sundowns fans.

However, the 57-year-old mentor is having it easy with no pressure from anyone as he’s probably planning to spend more time with his family.

Mosimane was a guest on SABC Sport’s SoccerZone on SABC 1 on Monday where he spoke about a variety of issues including the appointment of Ronwen Williams as Bafana Bafana’s new captain.

But the man who took picture with him was former Orlando Pirates striker Phumudzo Manenzhe who’s SABC Sport football analyst.