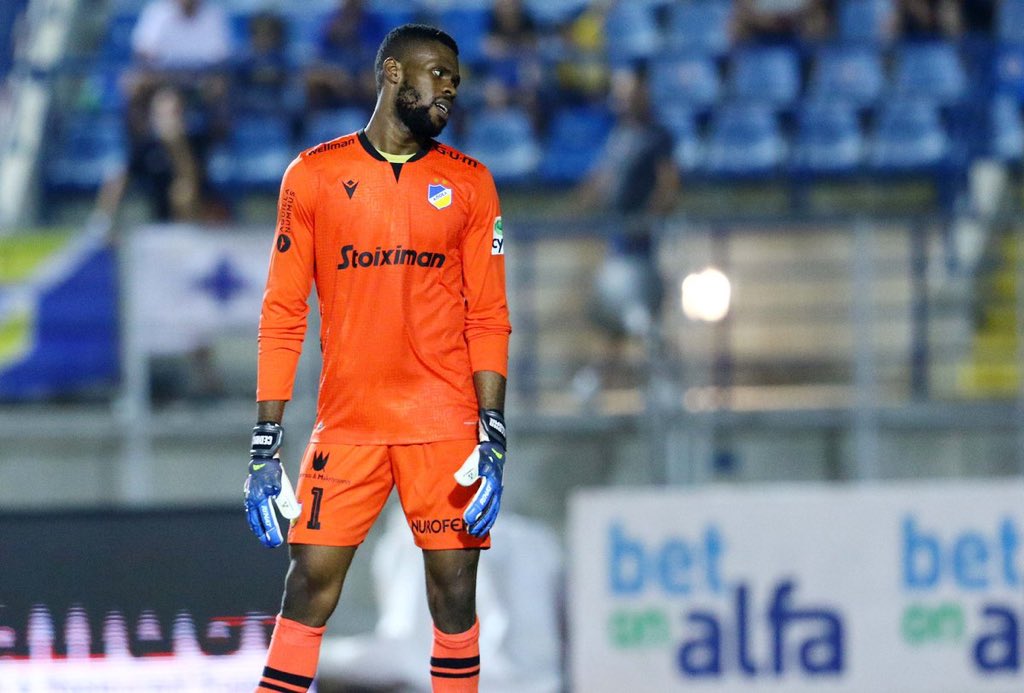 Uzoho who had joined Apoel Nicosia from Deportivo La Coruna last season made 19 league appearances for The Legends.

Apoel Nicosia did not give reasons for the termination of the contract in a statement released by the club and gotten by AfricaTopSports.

“The company APOEL FOOTBALL (PUBLIC) LTD announces the completion of its cooperation with the goalkeeper Francis Uzoho after our team received financial compensation for the termination,”reads a statement on the club’s website.

“APOEL still retains rights in its possible participation in the World Cup.

Uzoho is currently in Nigeria’s camp ahead of the 2022 FIFA World Cup qualifying fixtures against Lone Stars of Liberia and Blue Sharks of Cape Verde.