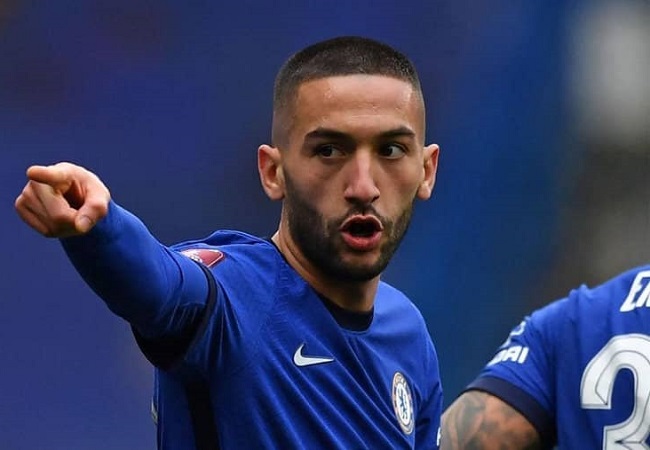 Hakim Ziyech has appeared to hit back at Moroccan national team manager Vahid Halilhodzic after comments from him prompted an angry reaction on social media from the Chelsea winger.

Ziyech was omitted from the latest Morocco squad by coach Vahid Halilhodzic. And his latest comments appear to have angered the Blues midfielder.

Ziyech, 28, was a surprise absentee as Morocco named their 24-man squad prior to the international break. A squad that included former Blues target Achraf Hakimi ahead of crucial World Cup qualifying matches against Sudan and Guinea.

The former Ajax forward’s omission sparked rumours of a fall out with Halilhodzic, which have now intensified after the coach accused the Chelsea star of “unacceptable behaviour“. And the coach claimed that the Moroccan international refused to play a game.

“… I won’t tolerate it. Not this behaviour as long as I coach Morocco.” Halilhodzic said during a press conference,

Since his comments, there has been a furious reaction on social media from the man in the centre of this drama, with Ziyech himself claiming that Halilhodzic isn’t telling the full truth as to what has gone on behind the scenes.

‘Next time when you speak SPEAK THE TRUTH THEN…!‘. Posted on his Instagram story, the 28-year-old who has 41 caps for his country.

One thing is for certain, Ziyech’s absence from the national team benefits Chelsea as the Blues will gain from having the Moroccan international training with the rest of the squad over this break ahead of the Aston Villa Premier League clash.

Ziyech has played just eight minutes in the Premier League for Chelsea this season, having come on as a substitute in Chelsea’s 2-0 win against Arsenal.

The 28-year-old was returning from a shoulder injury sustained in the UEFA Super Cup last month. And he will now look to try and impress Thomas Tuchel over the international break to earn more opportunities at Chelsea.