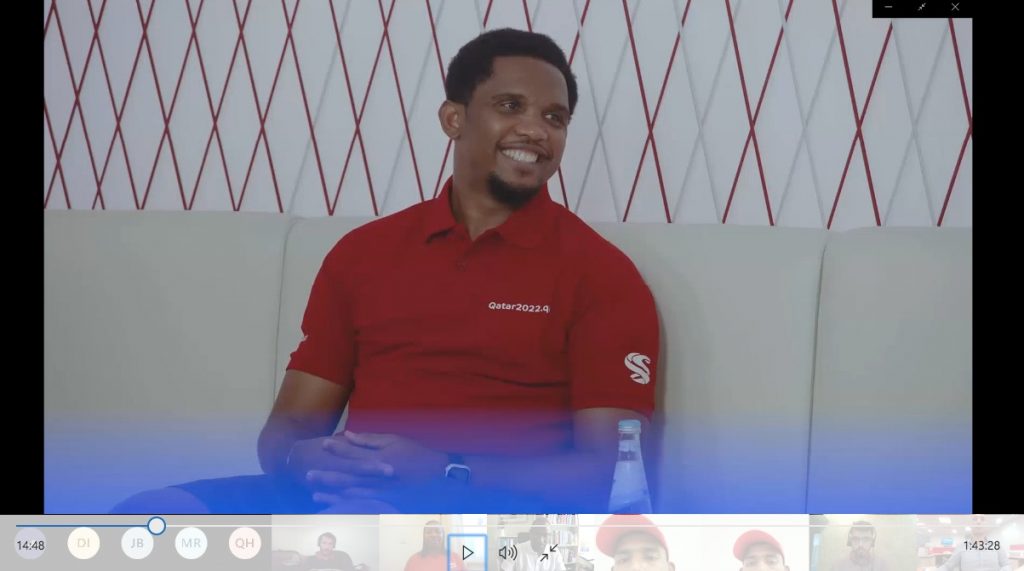 Former Cameroonian legend Samuel Eto’o has announced his candidacy for the presidency of the Cameroonian Football Federation (FECAFOOT).
Eto’o who is Cameroon most decorated player made his intention to contest for the FECAFOOT presidency.
Why declaring his intention, the former Barcelona player said he would not relent but will see through to the end.

Read Also: Etienne Eto’o wants to be better than his father Samuel Eto’o

“I will be a candidate for the presidency of the Cameroonian Football Federation.
“When I get involved in something, it’s to see it through to the end.”
Eto’o would have to defeat his former teammate Geremi Njitap who has also declared his intention to contest for the same position.