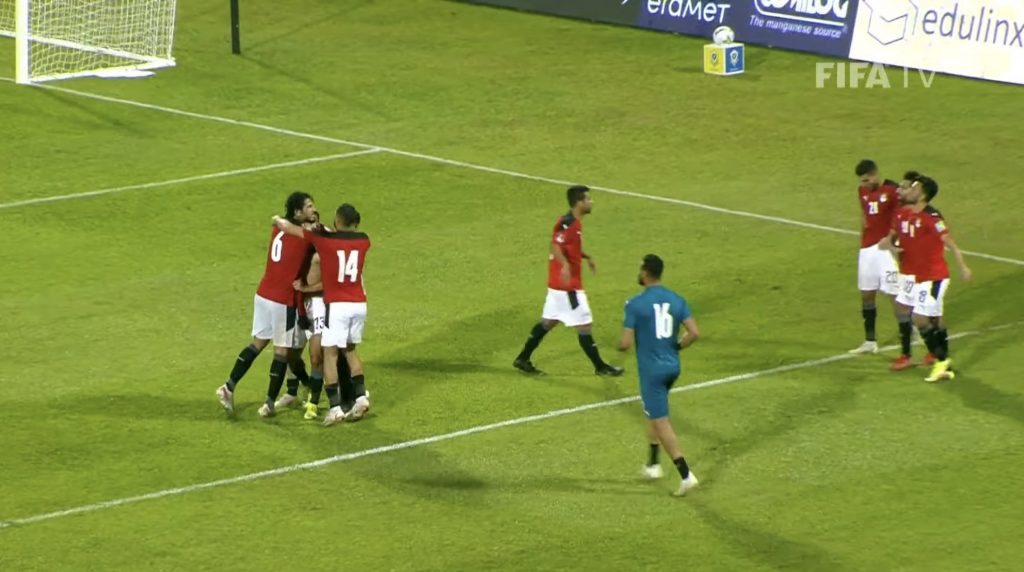 Egypt narrowly escaped from a stunning loss to Gabon in Sunday’s FIFA World Cup qualifying game against Gabon as they settled for a 1-1 draw at the Stade De Franceville.

Mostafa Mohamed came off the bench and scored last gasp equalizer as Egypt maintained their grip on top of Group F.

An intriguing game against the Panthers captained by Pierre-Emerick Aubameyang gave a Mohamed Salah’s Pharaohs a good run for their money.

Egypt were even reduced to ten men after Omar Gaber was sent off after he received a second yellow card.

Gabon broke the deadlock in the 73rd minute courtesy of a Jum Allevinah goal as the host were already cruising to their first win in the group.

Even with the presence of Salah, Egypt found it difficult playing their style and when it seems Gabon was almost going to run away with the points, there was a twist of fate.

Both substitute happened to became the hero of the game and they combined to work the goal which was scored by Mostafa.

Egypt now top their group with four points while the draw was Gabon’s first point having lost the opening game to Angola.

Angola faces Libya in Luanda on Tuesday and a win for Angola will see them too the group.