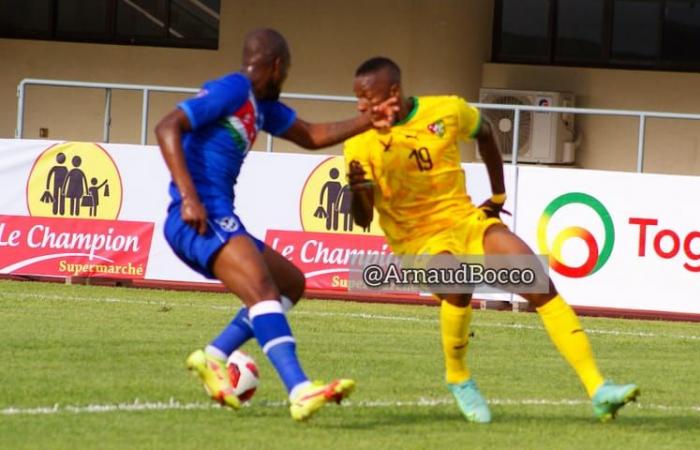 Namibia claimed their first victory with a 0-1 away scoreline in Lomé on Sunday night against Sparrowhawks of Togo at Kégué Stadium Stadium.

The Brave Warriors are having a good start to the World Cup qualifiers.

After securing a 1-1 draw against Congo on matchday 1, they gave it all against Togo and earned the win for their second match.

Though they were controlling the game since the first half, Namibians had to go to the locker room with a stalemate as Togo goalkeeper Malcolm Barcola made several point-blank saves to deny their attempts.

However, the Lyon shot stopper’s stunning forme did not diminish their aim as they continued to corner them with a high pressing.

And it paid off in the 53rd minute as Charles Hambira directed Deon Hotto’s free-kick into the path of Elmo Kambindu who reacted instinctively with a stunning bicycle-kick finish, which whistled past Malcolm Barcola in the Togo goal.

That spectacular goal was what Bobby Samaria’s side needed to go all the way with the three points back home.

Pending Senegal vs Congo on Tuesday, Namibia are currently Group H leaders with 4 points out of two games.