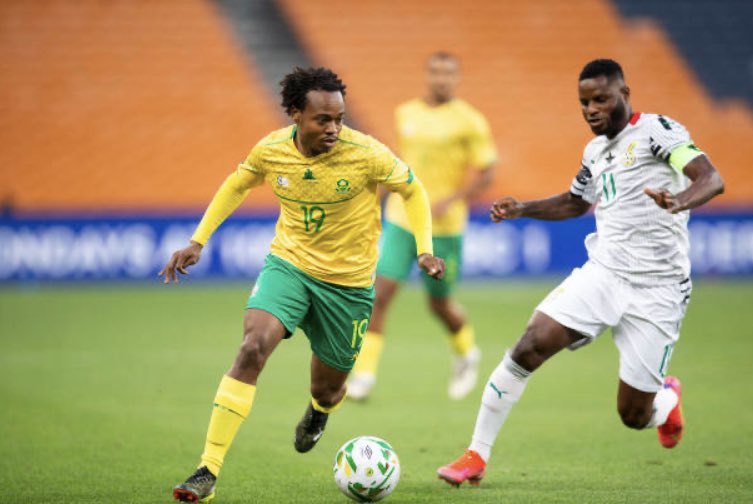 The showdown is coming closer. South Africa are hosting Black Stars of Ghana a highly-waited clash on this matchday 2 of the 2022 World Cup qualifiers.

And all the key players are included in the starting sheet apart from Uk-based players who could not feature in a country which is on the United Kingdiom’s red list.

So, you will not be able to see Jordan Ayew, Jeffrey Schlupp, Daniel Amartey and Baba Rahman playing against Bafana Bafana as Charles Akonnor had to do with other players.

On the other hand, Hugo Broos will have all of his key pillars available such as Ronwen Williams and Percy Tau.

Below are the official line-ups :