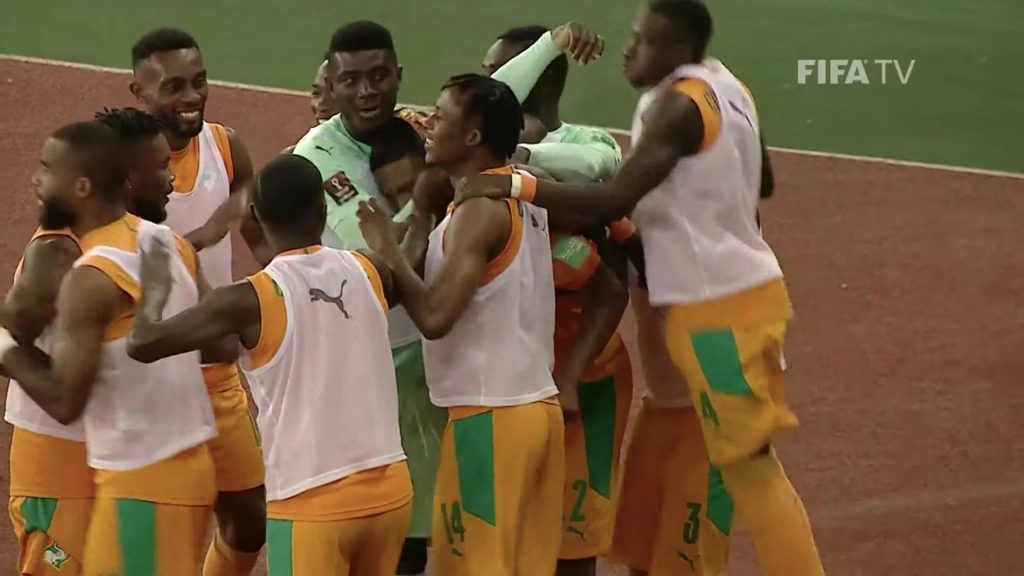 Haller scored in the 20th and 29th minutes as the Elephants cruised to a 2-0 first-half lead at Stade Olympique d’Ebimpe d’Abidjan in the Group D contest.

Cote d’Ivoire’s first goal came from the penalty spot. The visitors, too, earned theirs which Nicolas Ngamaleu converted in the 61st minute.

Going into the match, Cote d’Ivoire coach Patrice Baumelle had rung the changes from the squad that drew 0-0 away in Mozambique last week.

The Elephants started the race with an  away goalless draw against Mozambique whereas Cameroon beat Malawi 2-0.

On the other hand, Cameroon dropped four players from the squad that beat Malawi.

The Ivorians have since moved top of the group on four points from two games, with the Indomitable Lions coming down to second place on  three points.

Mozambique and Malawi, who meet on Tuesday in South Africa, are on third and fourth places.