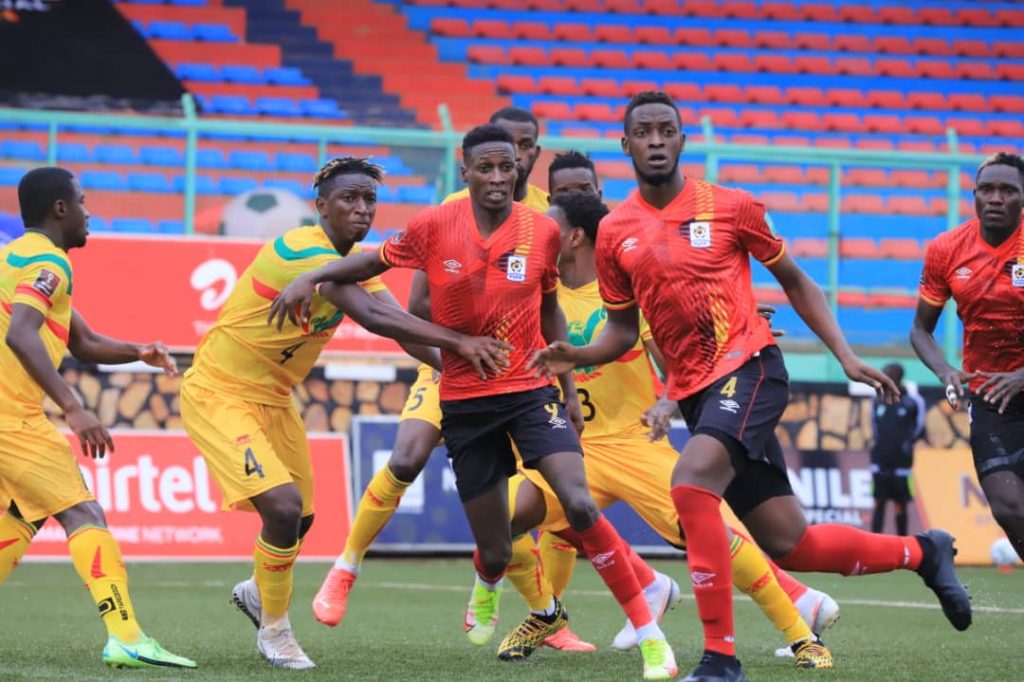 Mali maintained their hold on top of Group E after holding Kranes of Uganda to a 0-0 in their second World Cup qualifiers at the St. Mary’s Kitende Stadium in the outskirts of the capital.

Mali moved to four points having beaten Rwanda 1-0 in their opening match while Uganda went for a second consecutive game without scoring after playing to a similar result against Kenya on Thursday in Nairobi.

The Cranes had to play 36 minutes of regulation time with 10 men after defender Murshid Juuko was sent off for a second bookable offense.

Read Also: Niger come from behind to beat hosts Djibouti

Chances were once again few to pick from. The closest the two sides came to a goal was when Mali’s Charles Traore whose curling effort from the left at the stroke of halftime flew over the bar by inches.

In the second half, the West Africans threatened on set piece and their next chance came on the hour mark when Adama Traore stood over a freekick at the edge of the box but his curling effort flew inches over.

Uganda were reduced to 10 men in the 64th minute when Juuko was sent off for a second yellow card after elbowing Kiki Kouyate.

Mali hoped to take advantage of the numbers and had a chance in the 75th minute when Adama took on a shot from range but it went over.

Uganda’s only shot at goal in the match came in the 77th minute when Substitute Mustafa Kiza forced a save off the keeper with a freekick.