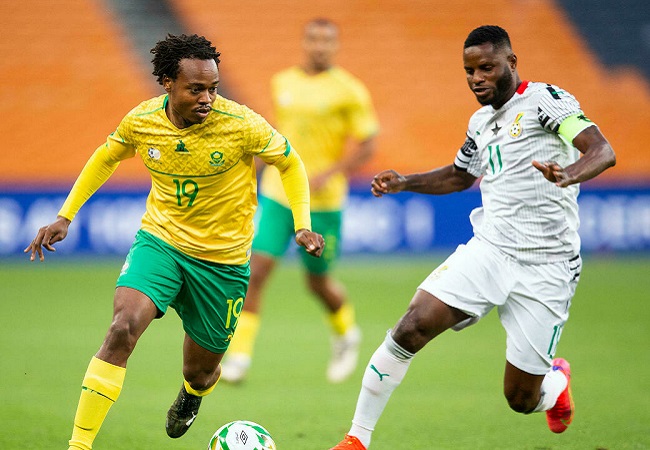 Bafana Bafana of South Africa beat the Black Stars of Ghana at home on Monday at the FNB Stadium. Bafana Bafana are legitimately top of Group G after two matches in their 2022 FIFA World Cup qualifiers.

And Bafana Bafana fans are on cloud nine further to this performance with many hailing it as the start of a new era for the national team.

Bongokuhle Hlongwane struck with less than 10 minutes on the clock, finally putting to  bed a match which Bafana should have won more comfortably.

Percy Tau found the back of the net earlier in the match. But he was wrongly ruled offside.

Bafana coach Hugo Broos’ was relieved at the final whistle. It was the same feeling for many fans on social media.

With the win in the bag, the timelines were filled with praise for the team and predictions of more success.

The World Cup qualifiers resume in October when Bafana will play home and away back-to-back qualifiers against Ethiopia.