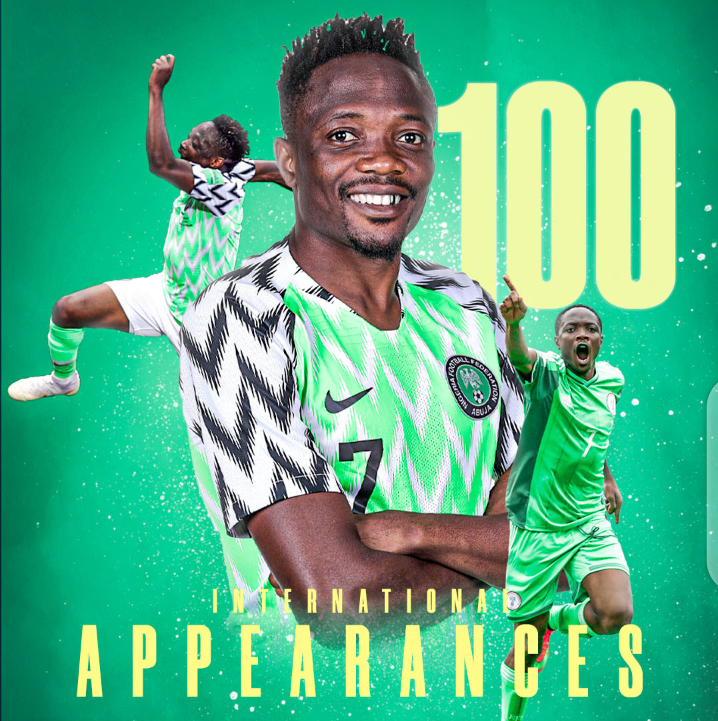 Musa captained the Super Eagles to a 2-1 victory against Cape Verde to mark his 100th cap.

Pinnick said after the game against Cape Verde that he NFF will give Ahmed Musa N10 million for reaching the 100 caps.

He noted that hencefort it will be the gesture and honor players that hit 100 games henceforth.

Musa now joined Joseph Yobo and Vinvent Enyeama who have 100 caps for the Senior national team.

The Fatih Karagumruk forward made his senior debut in April 2010 under Coach Lars Lagerbäck, he was called up to join the Nigeria national football team camp prior to the 2010 FIFA World Cup in South Africa after helping the Nigerian team win in the 2010 WAFU Nations Cup where he scored a goal against Benin.

In the same tournament against Burkina Faso, Musa’s goal deep into extra-time shot Nigeria into the finals of the tournament in Abeokuta.

He was however forced out of the Super Eagles’ 30-man World Cup roster due to an ankle injury.

On 5 August 2010, at the age of 17, Musa made his debut for the Nigeria senior team in a qualification match for the 2012 Africa Cup of Nations against Madagascar, where he came on as a substitute for Mikel John Obi in a 2–0 win.