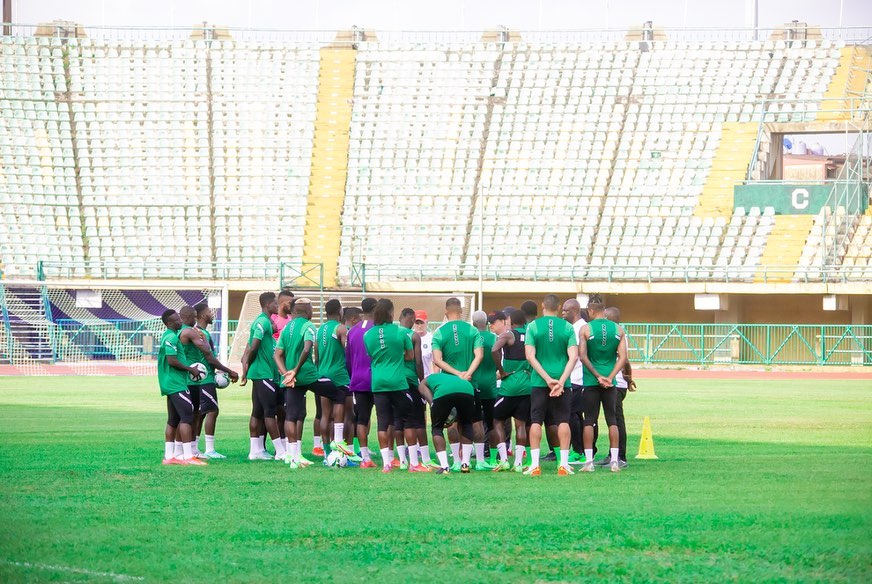 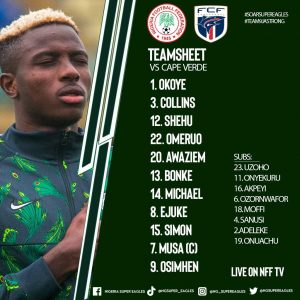 Super Eagles head coach Gernot Rohr has named a strong starting XI ahead of their second Group C World Cup qualifier against Cape Verde.
Following the return of UK based players back to their club, last week two goals hero Kelechi Iheanacho absence, Victor Osimhen will again lead the charge.
Captain, Ahmed Musa has also been handed a starting jersey as he will mark his 100th appearances for the team.

Moses Simon who had tested positive to COVID-19 will play from the flank after his result returned negative this morning.
CSKA Moscow midfielder, Chidera Ejuke will lewd the park alongside Innocent Bonke who plays for Malmo in Sweden and Kingsley Michael would make their debut.